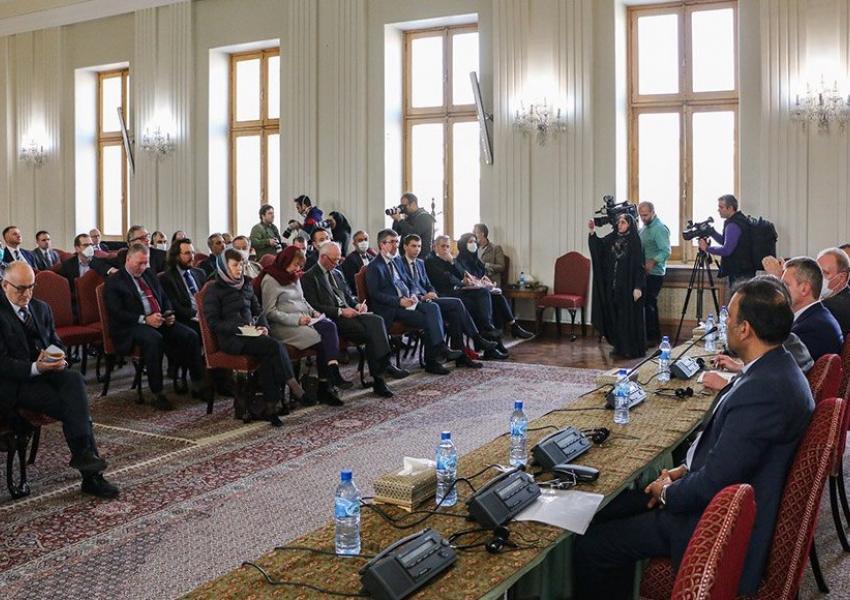 Exclusive: WHO report shows regime of Iran covered up the coronavirus outbreak

The report produced by the WHO team that visited Tehran has revealed that the coronavirus was spreading in Iran weeks before the official announcement by the Islamic Republic government.

The report was drafted based on the official government documents, but the evidence and investigation by the WHO agents show that in many cases, coverup and lack of transparency have led to the deaths of many Iranians.

on 19 February 2020, the Islamic Republic of Iran confirmed its first two cases of COVID-19 in Qom City.  Subsequent investigations indicated that the virus had likely been circulating for several weeks. The holy city of Qom receives millions of pilgrims every year from across Iran and from overseas.  Within 15 days of the first recorded case, confirmed COVID-19 cases had already been identified in all 31 provinces.

The two first cases were owners of shoe factories that have close relationships with China (sister city with Ningxia). There are more than 700 shoe factories in Qom that are supported by Chinese industrial firms. On 20-25 January, a shoe fair was organized in Qom and attended by several Chinese visitors.  There are also several Chinese students with their families and Chinese workers engaged in the building of the Qom-Isfahan railway living in the city of Qom.

But the investigation concluded that the virus was probably circulating in Qom for several weeks before the official announcement by the government, based on the following observations:

The report also mentions the TV and radio channels broadcasting from outside Iran that according to the government of Iran, have politicized the outbreak by promoting biased stories about the government response.  It goes on to say that the authorities took advantage of WHO team’s visit to undertake multiple interviews with local media, to help “counter the political with the technical,” but “some of our interviews were misrepresented in the media, exaggerating the generally positive view of the government response that we had conveyed.  We gave frank feedback on our concerns regarding this practice to the Deputy Minister for Culture and Islamic Guidance.”

Regarding the impact of the US sanctions on Iran’s national response to the coronavirus, WHO report states that the impact is not clear, “but there is a general recognition among health workers and government authorities that limitations on imports of specific products and raw materials represent a large constraint.  Senior MOHME staff indicated that the government had sufficient funds for procurement in off-shore bank accounts, but was unable to access these due to the sanctions.  Somewhat ironically, at the time of the onset of the outbreak WHO was in the process of negotiating an agreement with the Government of Iran for reimbursable procurement of medicines, supplies and equipment.  The agreement is still being negotiated.”

On several occasions, the report mentions the lack of a single source of epidemiological information in Iran to guide the response to COVID-19. It states that the existence of several systems working in parallel makes it difficult to compile comprehensive data and conduct analysis in a timely manner. These sources are:

The report adds: “Unfortunately, none of these systems collects all the relevant information on COVID-19 cases.  As almost every suspect/tested case is hospitalized, they are currently all reported in MCMC.  However, other relevant information such as exposure or laboratory test results are not routinely reported through this system; such data is recorded in the other systems that themselves collect only limited information. A single system capturing all the required information should be established.  Whatever system is selected, it must integrate data from hospitalized cases, mild cases that are not hospitalized, laboratories, and other relevant surveillance data.”

City officials in Iran's capital Tehran are planning to put locks on large waste containers in the streets to prevent garbage pickers from accessing waste. END_OF_DOCUMENT_TOKEN_TO_BE_REPLACED

The Biden Administration has confirmed to the US Congress that sanction imposed by its predecessor on Iran have drastically reduced Iran's trade with the world. END_OF_DOCUMENT_TOKEN_TO_BE_REPLACED

The UK government said on Sept 20 that Britain would "not rest" until all its dual nationals being held in Iran were returned home. END_OF_DOCUMENT_TOKEN_TO_BE_REPLACED