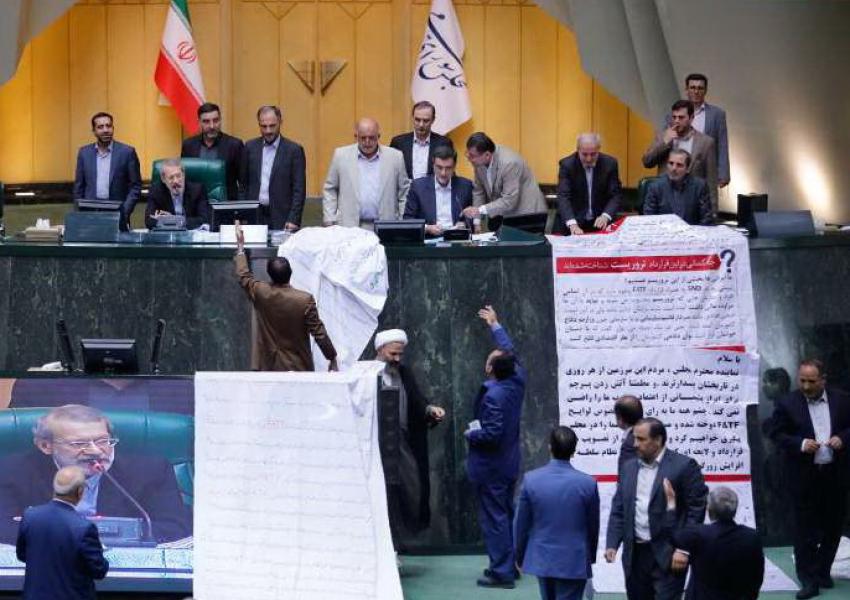 Mohammad Sadr, a former reformist diplomat, has told the Iran newspaper that there is likely to be less opposition from the Expediency Council to two bills designed to bring Iran in line with regulations of the intergovernmental FATF (Financial Action Task Force.

“We hope for a resolution to the issue if the government can present a good and well-documented case,” Sadr was quoted as saying on Saturday by Iran, which supports the government of President Hassan Rouhani.

Despite controversy going back two years, officials have continued to make mixed predictions about fate of the bills, which would make it likely the FATF would remove Iran from a blacklist it joined in February. The legislation has been stuck since 2018 at the Expediency Council, which arbitrates in disputes between state bodies – after the watchdog Guardian Council turned down the bills after they passed parliament, then with a majority of centrists and reformists.

The battle over the required legislation has sharpened with the prospects of sanctions easing after United States President-elect Joe Biden takes office in January. Rouhani has long supported accession to FATF rules in order to develop international connections, while his principlist opponents argue it would compromise Iranian sovereignty and undermine self-reliance.

FATF members – who host most of the world’s financial centers – are required to exercise enhanced diligence and counter-measures against blacklisted states. This would inhibit Iran’s access to international financial markets even if US sanctions were eased.

Kayhan newspaper, which is funded by the office of the Supreme Leader Ali Khamenei, said on Saturday in a commentary that FATF was a “financial spy” serving Iran’s enemies – the United States and Israel – and tightening their “siege” on the country.

Another member of the 44-member Expediency Council, hardline politician Mostafa Mir-Salim, however, has said the council will turn down the bills. “Circumstances have not changed,” he told Borna News on Saturday. “There is more evidence now that in view of the cruel continuation and deepening of the [US] sanctions, joining the FATF [conventions] will be damaging to the country, revolution and people’s interests.”

Last week government officials said Khamenei has agreed to Rouhani’s request to extend the deadline for the Expediency Council’s decision on the two bills. The deadline expired a year ago without any decision announced.

Officials of the Rouhani administration and reformists have accused opponents of FATF accession of having a vested financial interest in thwarting transparency and anti-money-laundering laws. Foreign Minister Mohammad Javad Zarif said in November 2018 that some opposing the FATF were profiting to the tune of billions of dollars. The only other country on the FATF blacklist is North Korea.

City officials in Iran's capital Tehran are planning to put locks on large waste containers in the streets to prevent garbage pickers from accessing waste. END_OF_DOCUMENT_TOKEN_TO_BE_REPLACED

The Biden Administration has confirmed to the US Congress that sanction imposed by its predecessor on Iran have drastically reduced Iran's trade with the world. END_OF_DOCUMENT_TOKEN_TO_BE_REPLACED

The UK government said on Sept 20 that Britain would "not rest" until all its dual nationals being held in Iran were returned home. END_OF_DOCUMENT_TOKEN_TO_BE_REPLACED