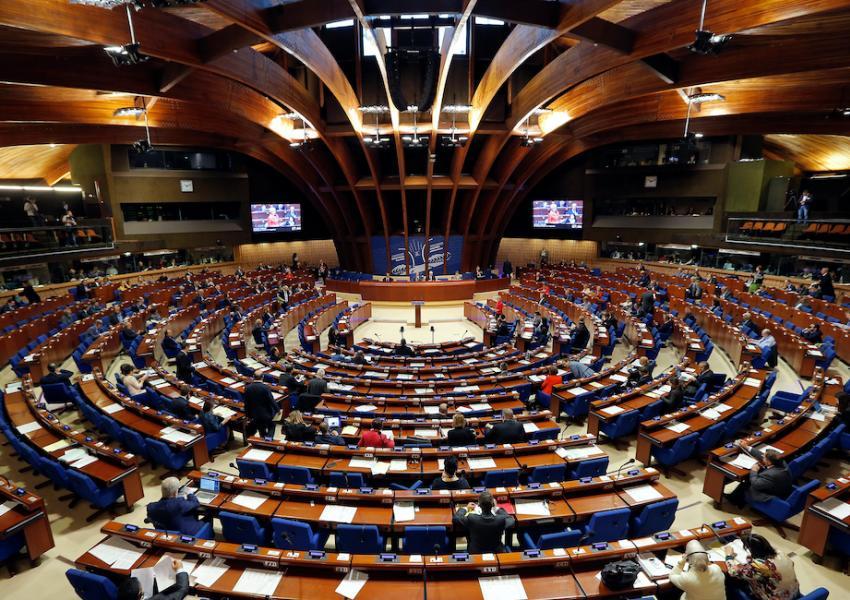 Forty members of the Parliamentary Assembly of the Council of Europe (PACE) wrote a letter to PACE president Rik Daems calling for a complete change of behavior toward the Islamic Republic and the trial and expulsion of “intelligence mercenaries” of the regime of Iran who work under the diplomatic and media cover in Europe.

Referring to the recently revealed terrorist ring led by Assadollah Assadi an Iranian diplomat stationed in Austria and arrested by Germany for leading a plot to bomb an opposition rally in France, the letter says: This undeniable evidence calls for a review of policy toward Iran in all areas. Europe must hold Javad Zarif accountable for his diplomat’s terrorist act.

The signatories also recount the Islamic Republic’s repeated acts of violent domestic suppression, violations of human rights, and terrorist activities abroad, and express concern about the continued torture of prisoners and execution of peaceful young protesters of November 2019.

“For four decades, the Iranian regime has been brutally oppressing its people and while they have been indiscriminate in stripping citizens of their every individual and social rights, women, youth and minorities have faced the most oppression,” the letter states.

The letter also mentions the regime’s history of arresting dual citizens and using them as hostages for negotiations. It also argues that the “domestic policy of repression and exporting terrorism and fundamentalism abroad have been the foundation of Iran’s survival strategy for decades, with the latter having been supported by Iran’s embassies in Europe.”

The signatories conclude the letter by condemning “any policy of appeasement and concessions to the Iranian regime,” and calling for “serious and effective measures”, including:

City officials in Iran's capital Tehran are planning to put locks on large waste containers in the streets to prevent garbage pickers from accessing waste. END_OF_DOCUMENT_TOKEN_TO_BE_REPLACED

The Biden Administration has confirmed to the US Congress that sanction imposed by its predecessor on Iran have drastically reduced Iran's trade with the world. END_OF_DOCUMENT_TOKEN_TO_BE_REPLACED

The UK government said on Sept 20 that Britain would "not rest" until all its dual nationals being held in Iran were returned home. END_OF_DOCUMENT_TOKEN_TO_BE_REPLACED