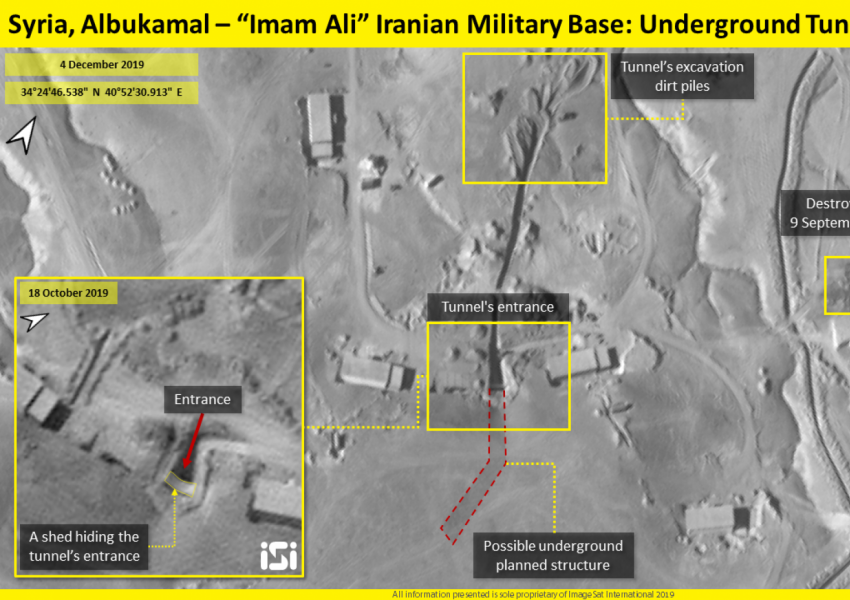 Fox News reported that the regime of Iran is building underground tunnels to stockpile and transport heavy military equipment in the Syrian-Iraqi border. Fox has presented new satellite images and Western intelligence services as the source of this report and announced that the credibility of the images has been confirmed.

According to Fox News, the location of these tunnels is the “Imam Ali” military base in the eastern border of Syria with Iraq.

According to the report, cited by several sources, the tunnels are in the final stages of construction and soon will be operational.

Last week the New York Times reported that Iran is in the process of secretly transporting hundreds of short-range missiles to Iraq. According to the NYTimes, the missile arsenal could be used to target Israel, Saudi Arabia, or American forces in the region.

City officials in Iran's capital Tehran are planning to put locks on large waste containers in the streets to prevent garbage pickers from accessing waste. END_OF_DOCUMENT_TOKEN_TO_BE_REPLACED

The Biden Administration has confirmed to the US Congress that sanction imposed by its predecessor on Iran have drastically reduced Iran's trade with the world. END_OF_DOCUMENT_TOKEN_TO_BE_REPLACED

The UK government said on Sept 20 that Britain would "not rest" until all its dual nationals being held in Iran were returned home. END_OF_DOCUMENT_TOKEN_TO_BE_REPLACED