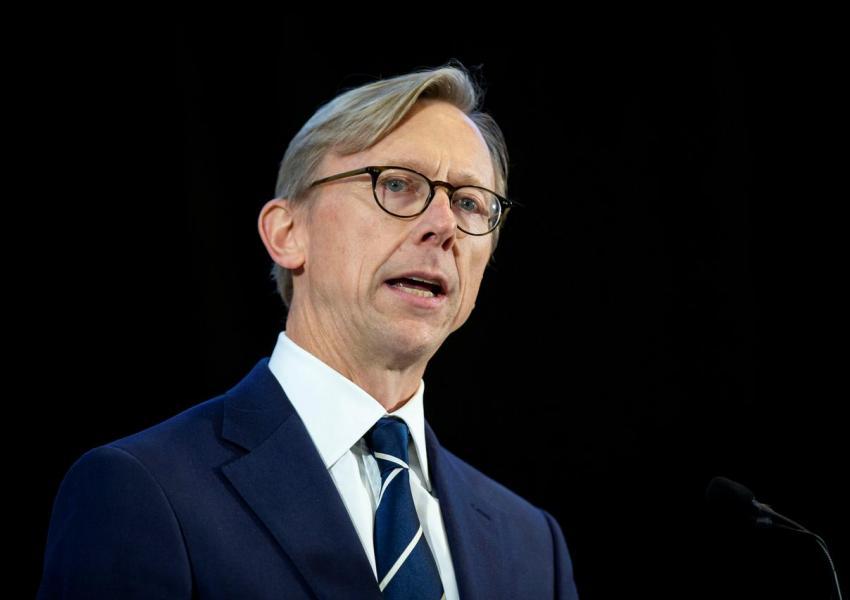 Hook: Reconciliation With U.S Will Solve Many Problems of the Iranian People

Brian Hook, the chairman of Iran Action Group in U.S State Department says reconciliation between U.S and Iran after four decades will create important opportunities to solve the problems of Iranian people.

In his article in the New York Times, Hook writes: “Renewed relations would open the door to tremendous opportunities.”

He continued: “With open relations between the United States and Iran, together we could reduce Tehran’s severe air pollution, build homes that withstand earthquakes in Kermanshah, deliver new medical treatments to veterans of the Iran-Iraq war, and restore water to Lake Urmia and the Zayandeh River.”

By pointing out what he calls the failure of the Islamic Revolution of 1979 in keeping its promises to Iranian people, Hook asks: “Isn’t it time to abandon the policies that have kept the people of Iran and the United States apart since 1979?”

He adds that his country is willing to “engage an Iranian government with mutual respect, in pursuit of mutual interests.” But, he adds, the requirement is “the regime must first decide that it wants to be a normal country and not a revolutionary cause.”

The chairman of Iran Action Group ends his article by saying: “The United States, in the spirit of our own freedoms, will support the long-ignored voice of the Iranian people.”

Hook then asks other countries to join the United States in this movement, and adds: “The next 40 years of Iran’s history would be marked then not by repression and fear, but by freedom and fulfillment for the Iranian people,” which is an indirect response to the leader of Islamic Republic, Ayatollah Khamenei’s statement which was published on the 40th anniversary of the revolution, titled “The Second Step of the Revolution.”

City officials in Iran's capital Tehran are planning to put locks on large waste containers in the streets to prevent garbage pickers from accessing waste. END_OF_DOCUMENT_TOKEN_TO_BE_REPLACED

The Biden Administration has confirmed to the US Congress that sanction imposed by its predecessor on Iran have drastically reduced Iran's trade with the world. END_OF_DOCUMENT_TOKEN_TO_BE_REPLACED

The UK government said on Sept 20 that Britain would "not rest" until all its dual nationals being held in Iran were returned home. END_OF_DOCUMENT_TOKEN_TO_BE_REPLACED