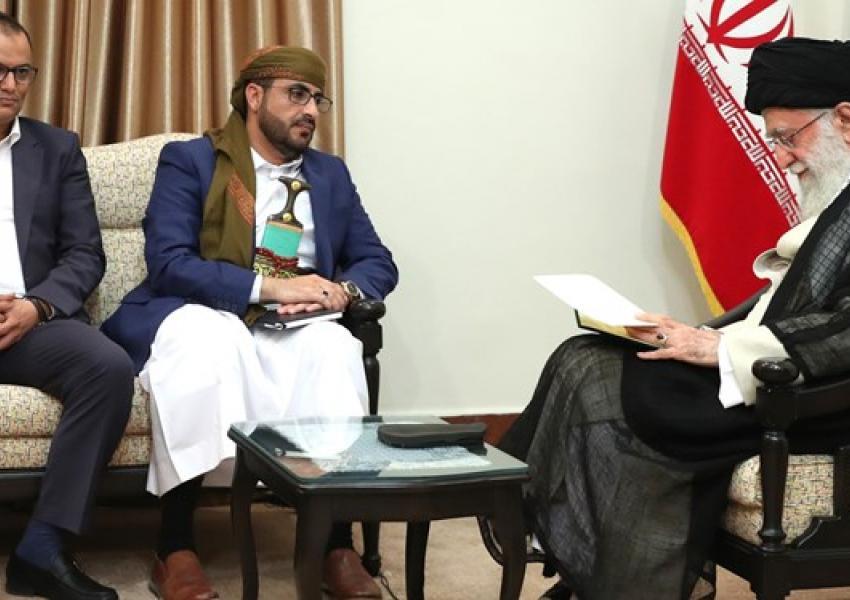 Houthi of Yemen appoint an ambassador to Iran

The Houthi militia group in Yemen announced the appointment of their “ambassador” to Tehran. Their decision was condemned by the legitimate president of Yemen Abdrabbuh Mansur Hadi, and his government, which is recognized as the only official government of Yemen by the world.

Almasirah TV, which belongs to Houthis, announced on Saturday night of August 17 that Ibrahim al-Dailami has been appointed as Houthi’s ambassador to Tehran.

This decision was made a few days after a meeting between several high-ranking Houthi officials and the leader of the Islamic Republic, Ali Khamenei, in Tehran.

In this meeting, the Houthi delegation delivered a letter from the leader of Houthis, Abdul-Malik Badreddin al-Houthi, to Ali Khamenei.

The official government of Yemen, now located in Aden, has issued a statement calling this appointment “a clear violation of international laws.”

However, Iranian media have reported meetings between Houthi representatives from Ansar Allah and the ambassadors of Germany, France, Britain, and Italy.

According to the reports, the 4 ambassadors conveyed the views of their countries regarding the crisis in Yemen.

In a speech on Saturday, Abdul-Malik al-Houthi defended relations with Iran, and referred to Iran as “the only honest supporter of our nation” who “condemns the aggression”.

Regarding the recent Houthi drone attack on a Saudi oil facility, al-Houthi stated: “Today’s drone attack is the largest operation performed by Houthis since the beginning of the attacks to this day.” He explained that the operation was performed by 10 planes.

Iran does not hide its support of Houthis but denies sending them any weapons. However, weapons, missiles, and drones acquired from Houthis show close similarity to the Iranian products.

City officials in Iran's capital Tehran are planning to put locks on large waste containers in the streets to prevent garbage pickers from accessing waste. END_OF_DOCUMENT_TOKEN_TO_BE_REPLACED

The Biden Administration has confirmed to the US Congress that sanction imposed by its predecessor on Iran have drastically reduced Iran's trade with the world. END_OF_DOCUMENT_TOKEN_TO_BE_REPLACED

The UK government said on Sept 20 that Britain would "not rest" until all its dual nationals being held in Iran were returned home. END_OF_DOCUMENT_TOKEN_TO_BE_REPLACED