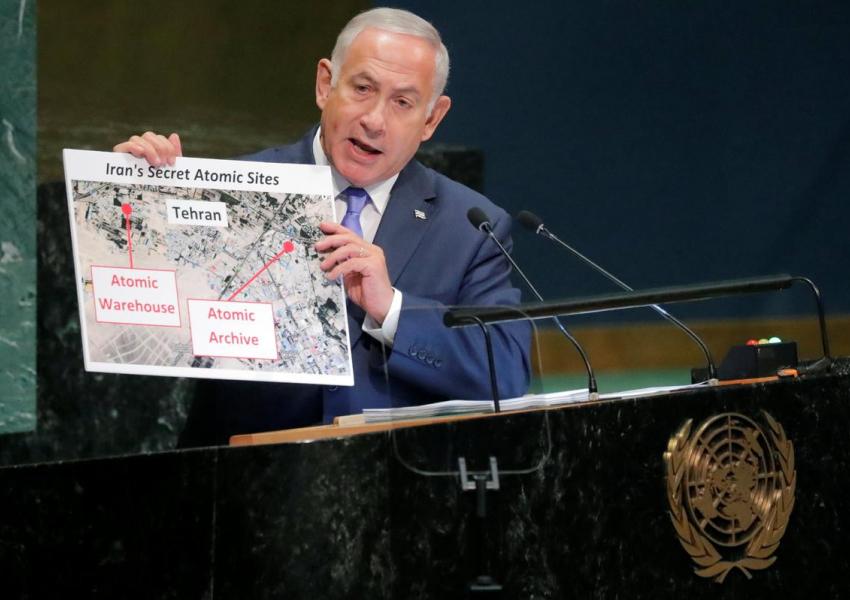 According to the Associated Press, the International Atomic Energy Agency (IAEA) has found traces of Uranium at a site in Iran that Islamic Republic officials had not declared. Benjamin Netanyahu, prime minister of Israel had revealed the existence of Turquzabad facility in 2018.

Uranium particles have been discovered at a site in Tehran’s Turquzabad district. Last year, prime minister Netanyahu had alleged that this site is an Iranian “secret atomic warehouse”. As evidence, Netanyahu had presented classified documents that Israel had stolen from Iran.

In response, Iran had claimed that the site was a carpet cleaning factory and had no other purpose.

The IAEA report said the inspectors had "detected natural uranium particles of anthropogenic origin at a location in Iran not declared to the agency.” Adding: "It is essential for Iran to continue interactions with the agency to resolve the matter as soon as possible."

The IAEA's report also confirmed that Iran has resumed uranium enrichment at its underground Fordo facility, thus breaching another commitment under the 2015 nuclear deal with world powers also known as the Joint Comprehensive Plan of Action (JCPOA).

Germany, France, and Britain have expressed “extreme concerns” about Iran’s decision. Heiko Maas, the foreign minister of Germany called on the European powers to prepare to consider reinstating UN sanctions on Iran.

City officials in Iran's capital Tehran are planning to put locks on large waste containers in the streets to prevent garbage pickers from accessing waste. END_OF_DOCUMENT_TOKEN_TO_BE_REPLACED

The Biden Administration has confirmed to the US Congress that sanction imposed by its predecessor on Iran have drastically reduced Iran's trade with the world. END_OF_DOCUMENT_TOKEN_TO_BE_REPLACED

The UK government said on Sept 20 that Britain would "not rest" until all its dual nationals being held in Iran were returned home. END_OF_DOCUMENT_TOKEN_TO_BE_REPLACED