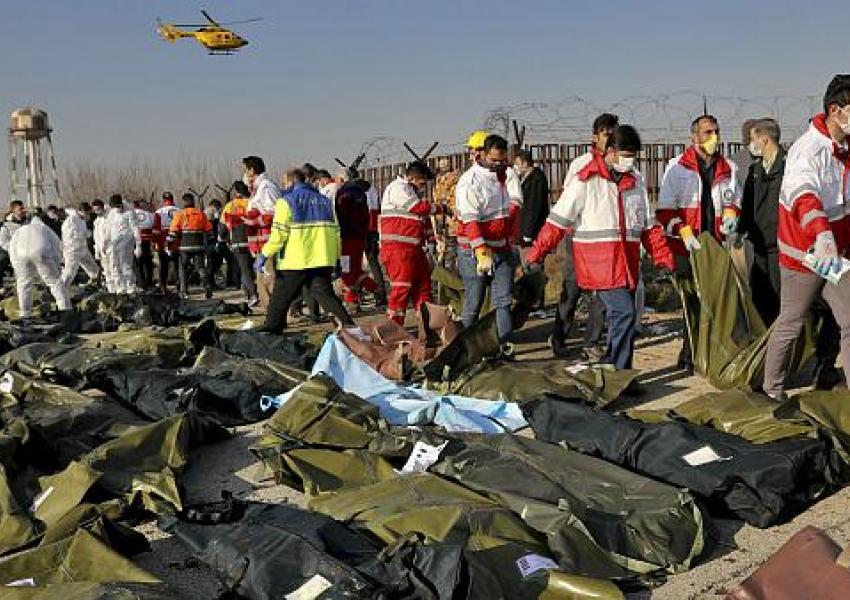 Iran’s reaction to the published audio file about Ukrainian flight: No more evidence

After the release of an audio file of the conversation between the pilot of an Iranian flight with the control tower about the Ukrainian flight, Iran Civil Aviation Organization criticized the release of the audio and announced that it will no longer provide any evidence for Ukraine.

Hassan Rezaeifar, a Civil Aviation Organization official told Mehr News on Monday: “The organization was surprised by the release of the audio.”

“This file was part of a series of documents that were provided for the Ukrainian team of experts as part of the joint investigation into the crash,” Rezaeifar continued.

He added: “This act by the Ukrainian causes us not to deliver any more documents to them.”

On Monday morning, a news channel in Ukraine broadcasted the audio file in which an Iranian pilot tells the control tower that he has witnessed a missile being shot and the resulting explosion from its collision with the Ukrainian plane.

In his first reaction to the audio file, President Volodymyr Zelensky of Ukraine said that the file shows that the Iranian officials knew about the missiles shot at the Ukrainian plane from the beginning.

Ali Rabiei, the spokesman for the government of Iran had previously claimed that government officials were uninformed about the incident for three days.

In separate statements, the Iranian armed forces, and President Rouhani had announced that the cause of the plane crash was a missile shot from IRGC’s air defense system caused by “human error”.

In a statement, President Zelensky said that Ukraine expected Iran to cully accept the responsibility for shooting down the plane and investigate the incident.

The families of the victims of the flight have reported pressure from security forces to declare their lost loved ones as martyrs.

City officials in Iran's capital Tehran are planning to put locks on large waste containers in the streets to prevent garbage pickers from accessing waste. END_OF_DOCUMENT_TOKEN_TO_BE_REPLACED

The Biden Administration has confirmed to the US Congress that sanction imposed by its predecessor on Iran have drastically reduced Iran's trade with the world. END_OF_DOCUMENT_TOKEN_TO_BE_REPLACED

The UK government said on Sept 20 that Britain would "not rest" until all its dual nationals being held in Iran were returned home. END_OF_DOCUMENT_TOKEN_TO_BE_REPLACED