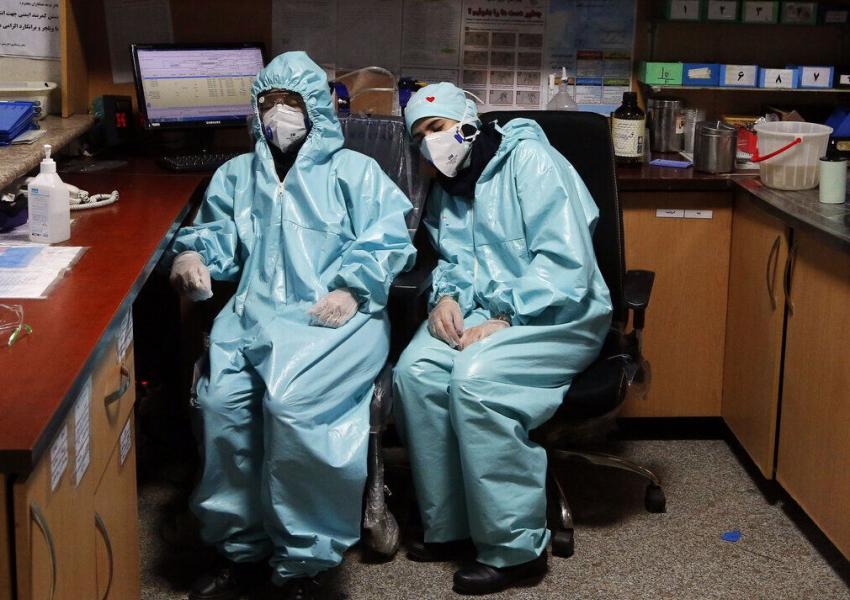 Foreign Minister Mohammad-Javad Zarif on Monday accused the West of hoarding Covid-19 vaccines "three times its consumption needs” as Iran began phases 2 and 3 of clinical trials of Cov-Iran, one of over a dozen vaccines Tehran claims Iranian scientists are working on.

Zarif lauded self-reliance during a speech at the closing ceremony of a Coronavirus event at Milad Tower, Tehran. "The efforts made by our scientists, along with the efforts made by the scientists from other countries, made it possible for us to develop the Covid-19 vaccine ourselves, the [same] way we made the missiles ourselves," he said.

The foreign minister called for justice in the distribution of vaccines between richer and poorer countries. "Can those who prevented us from transferring money [through banking sanctions] to buy vaccines say that they have taken an appropriate lesson in humanity and tolerance from the situation caused by the coronavirus outbreak?" he asked.

Zarif’s allegation about the United States blocking Iran from purchasing vaccines is highly questionable. Iran's Central Bank Governor on December 24 confirmed that the US Office of Foreign Assets Control (OFAC) had issued a second license for the purchase of Covid-19 vaccines through the World Health Organization (WHO) but said Iran did not go through with the transaction the first time for fear of US courts confiscating the money. The following day government spokesman Ali Rabiei in a tweet said the government has now issued a license for purchasing the vaccine through WHO's Covax facility.

Zarif failed to mention that after these announcements Iran’s Supreme Leader Ali Khamenei banned the purchase of American and British vaccines in a January 8 speech, presenting a conspiracy theory that other countries wanted to test their vaccines on Iranians. Later, Tehran appealed to Moscow for Russian Sputnik V, which it has received in limited quantities.

In Iran, two volunteers on Monday [March 15] who are professors of the Medical Sciences University of Tehran received the Cov-Iran vaccine at a ceremony at Eram Hotel, Tehran. The vaccine has been developed by Shifa Pharmed, a subsidiary of Barakat Foundation. According to a foundation official, Hamed Hosseini, an initial phase in January with 56 volunteers aged 18-50 was successful. Phases 2 and 3 will involve 300 more volunteers.

Barakat Foundation, a charity and business group, is an arm of the public foundation, Execution of Imam Khomeini's Order, which is controlled by Supreme Leader Ali Khamenei. The head of the company’s vaccine program − introduced only by his last name, Jalili – on December 28 said the company’s vaccine was expected to be available by early spring.

According to Hamidreza Jamshidi, secretary of the National Coronavirus Combat Taskforce, the vaccine is an inactivated vaccine (made up of pathogens grown in culture) made similarly to the Chinese vaccine.

Iran is also producing a vaccine in collaboration with Cuba, called Soberana-02, and in February said agreement had been reached to establish a production line in Tehran for Russia's Sputnik V.  Issues around vaccines are highly politicized with conspiracy theories rampant on social media. Many users have attacked the safety or effectiveness of some imported vaccines like Sputnik V as well as homegrown vaccines. Others allege Cov-Iran production is faked and that Shifa Pharmed has injected volunteers with the Chinese vaccine.

Iran began vaccinations on February 9 with the Russian-made Sputnik V. It has so far received 410,000 doses of Sputnik V, 250,000 doses of the Chinese Sinopharm, 125,000 doses of BBV152 (also known as Covaxin) made by India's Bharat Biotech, and 100,000 doses of the Cuban Soberana-02 vaccines. A further 375,000 doses of BBV152 were due to arrive on Monday. One million Iranians are to receive the vaccine before the New Year holidays start on March 21, but the country is clearly well behind others in the region, such as the United Arab Emirates, Saudi Arabia, Turkey and Israel.

The country has reported 1.75 million Covid cases and 61,330 deaths, according to government data, which has been questioned by several politicians and the media as underreporting the extent of the pandemic.

City officials in Iran's capital Tehran are planning to put locks on large waste containers in the streets to prevent garbage pickers from accessing waste. END_OF_DOCUMENT_TOKEN_TO_BE_REPLACED

The Biden Administration has confirmed to the US Congress that sanction imposed by its predecessor on Iran have drastically reduced Iran's trade with the world. END_OF_DOCUMENT_TOKEN_TO_BE_REPLACED

The UK government said on Sept 20 that Britain would "not rest" until all its dual nationals being held in Iran were returned home. END_OF_DOCUMENT_TOKEN_TO_BE_REPLACED