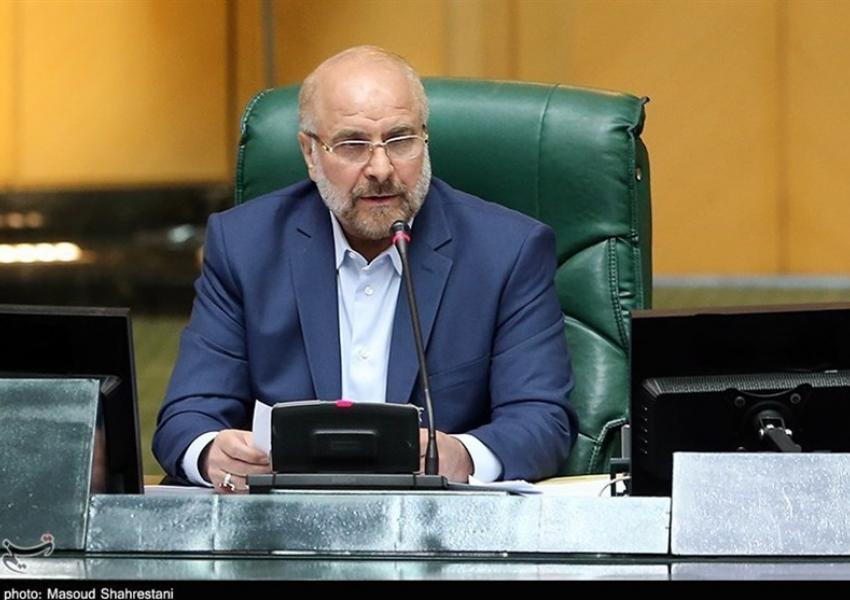 The Speaker of Iran's parliament Mohammad Bagher Ghalibaf (Qalibaf) says Iran has produced 17 kilograms of 20 percent enriched Uranium during the past month surpassing expectations. The spokesperson for the Iranian Atomic Energy Organization also said that one 1,000 advanced IR-M2 centrifuges are to be installed at the uranium enrichment site in Natanz.

Ghalibaf who was speaking during a visit to the nuclear site at Fordo on Thursday, January 28, thanked the Iranian government for exceeding the amount of highly enriched uranium (20 percent) set by the Iranian parliament (Majles).

This was in line with statements by other Iranian officials in reaction to comments made by US Secretary of State Antony Blinken in his press conference on Wednesday [Jan. 27]. Blinken said that the US will not return to the nuclear agreement with Iran as long as Tehran does not fully comply with its commitments under the 2015 nuclear accord (JCPOA).

Meanwhile, Iran's Foreign Minister Mohammad Javad Zarif reacted to Blinken's statement in a tweet that said: "The US violated the JCPOA, blocked food and medicine to Iranians, punished adherence to UNSCR 2231 while throughout that sordid mess, Iran abided by the JCPOA and only took foreseen remedial measures." He warned Blinken, " Never forget Trump's maximum failure."

Blinken had also said that the United States will consult with Israel and Arab allies over a long-term agreement with Iran, adding that the Biden administration is "a long way" from returning to the deal.

In another development in Vienna, Iran's representative to the International Atomic Energy Agency (IAEA) Kazem Gharibabadi warned that Iran might change the level of its cooperation with the agency as a reaction to Blinken's statement.

Gharibabadi said in a Tweet: "Cooperation and good-will are a two way street NOT a one way boulevard. The new law of the parliament has given also another chance to maintain the extremely unprecedented and impressive cooperation with the IAEA by removing the sanctions." He was referring to a law passed by Iran’s parliament in December that gave a two-month deadline for US sanctions to be lifted before Iran would reduce inspections by the International Atomic Energy Agency.

The legislation by the parliament called on the Iranian government to enrich 120 kilograms of 20% enriched Uranium per year and leave the Non-Proliferation Treaty (NPT) in case the United States fails to return to its obligations under the JCPOA within two months.

In the domestic political arena, Mohammad Hassan Asafari, a member of the Iranian parliament warned that Iran might target Israel with its precision missiles. He made the comment in reaction to an Israeli official's statement about Israel being prepared to strike nuclear targets in Iran if diplomacy cannot contain Tehran's ambitions.

Asafari told the IRGC-linked news agency Fars that Israel's military arsenal and nuclear establishments are within reach of Iran's missiles.

Ghalibaf also promised that the installation of IR-M2 centrifuges are under way and warned that the Islamic Republic is not bound to respect its JCPOA obligations as long as the other side does not return to its commitments. According to the JCPOA, Iran may only use the first generation centrifuges IR-1.

Reacting to the Majles legislation that was also echoed by government spokesman Ali Rabiei on January 4, the EU called on Iran to stop reducing its obligations under the JCPOA and give diplomacy a chance.

Israel's Prime Minister Benyamin Netanyahu on the other hand called the legislation a means "to further the Iranian regime's military nuclear program."

At the same time that Iran announced the boosting of its enrichment level in early January, IAEA Chief Rafael Grossi warned that there is only a narrow window of opportunity for a few weeks to save the JCPOA.

City officials in Iran's capital Tehran are planning to put locks on large waste containers in the streets to prevent garbage pickers from accessing waste. END_OF_DOCUMENT_TOKEN_TO_BE_REPLACED

The Biden Administration has confirmed to the US Congress that sanction imposed by its predecessor on Iran have drastically reduced Iran's trade with the world. END_OF_DOCUMENT_TOKEN_TO_BE_REPLACED

The UK government said on Sept 20 that Britain would "not rest" until all its dual nationals being held in Iran were returned home. END_OF_DOCUMENT_TOKEN_TO_BE_REPLACED