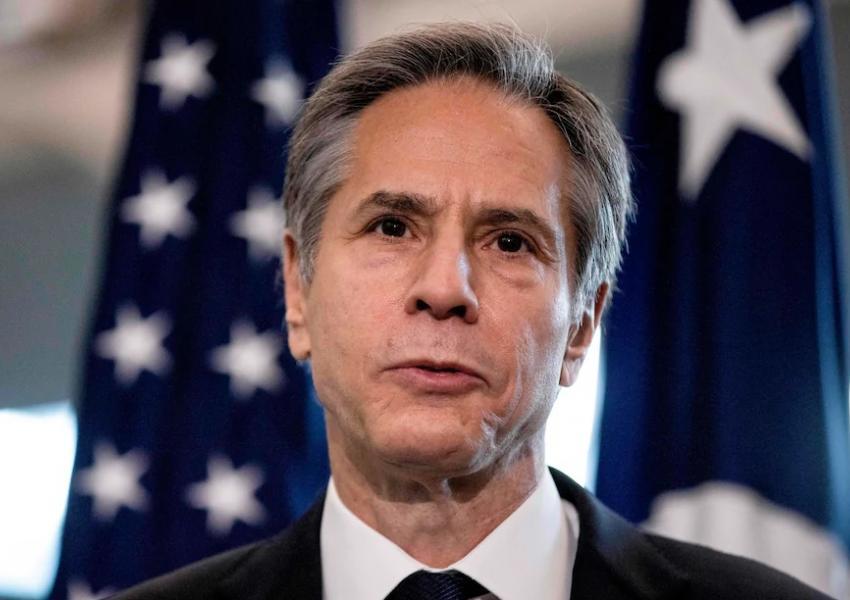 Blinken: We Are A Long Way From Returning To Iran Nuclear Deal

In his first press conference, the new US Secretary of State Antony Blinken emphasized that the United States will consult with Israel and Arab allies over a long-term agreement with Iran, adding that the Biden administration is "a long way" from returning to the deal.

The US Secretary of State pledged that as long as Iran does not fully comply with its commitments under the 2015 nuclear accord (JCPOA), the US will not return to the deal.

“Iran is out of compliance on a number of fronts. And it would take some time, should it make the decision to do so, for it to come back into compliance and time for us then to assess whether it was meeting its obligations," Blinken told the press conference. “We would then have to evaluate whether they were actually making good if they say they are coming back into compliance with their obligations, and then we would take it from there.”

He went on to say that President Joe Biden has been very clear in saying that if Iran comes back into full compliance with the nuclear deal, the US would do the same. But he added that Biden’s ultimate aim would be a deal that also limits Iran’s missile program and support for its regional proxies: "And then we would use that as a platform to build, with our allies and partners, what we call the longer and stronger agreement, and to deal with a number of other issues that are deeply problematic in the relationship with Iran."

But the Islamic Republic officials, including President Hassan Rouhani and Foreign Minister Mohammad Javad Zarif have repeatedly said that Iran will only return to compliance if the US returns first, and there will be no more negotiations over the deal. They have also repeatedly demanded compensation for the "damages" due to sanctions during the Trump administration.

With many countries in the Middle East worried about the new US administration suddenly changing gears to a more friendly approach to the Islamic Republic, the Israeli Defense Force Chief, General Aviv Kochavi warned Biden administration that a return to the 2015 nuclear deal with Iran, or even a “slightly improved” one would be a mistake, and added that IDF has prepared accurate, destructive military options to thwart a possible Iranian nuclear breakthrough.

In response, Blinken said that the US will consult with Israel and Arab allies about returning to the deal.

“It’s vitally important that we engage on the takeoff, not the landing, with our allies and partners in the region, to include Israel and to include the Gulf countries,” he said, adding “Having said that, I think we’re a long way from there.”

City officials in Iran's capital Tehran are planning to put locks on large waste containers in the streets to prevent garbage pickers from accessing waste. END_OF_DOCUMENT_TOKEN_TO_BE_REPLACED

The Biden Administration has confirmed to the US Congress that sanction imposed by its predecessor on Iran have drastically reduced Iran's trade with the world. END_OF_DOCUMENT_TOKEN_TO_BE_REPLACED

The UK government said on Sept 20 that Britain would "not rest" until all its dual nationals being held in Iran were returned home. END_OF_DOCUMENT_TOKEN_TO_BE_REPLACED