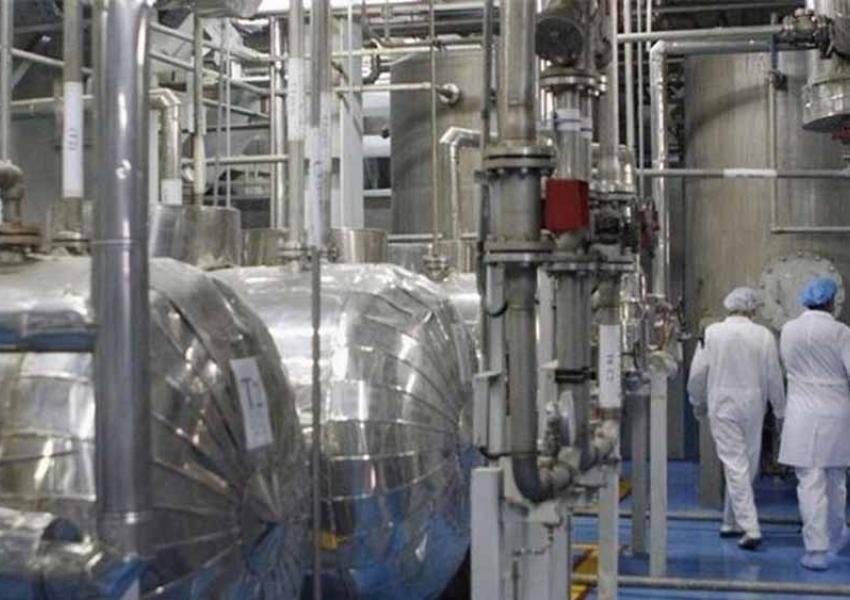 Iran can reverse its stepped-up uranium enrichment as soon as European signatories of the 2015 nuclear agreement “live up to their commitments,” Abbas Araghchi, an Iranian deputy foreign minister, said on Tuesday [January 5]. Araghchi said a process of enriching to 20 percent, begun on Monday, “does not mean the death” of the agreement, known as the JCPOA (Joint Comprehensive Plan of Action).

The Europeans had been unable to enforce the agreement or guarantee that Iran would benefit from signing it, Araghchi told IRIB television. “If the other parties can live up to their commitments, we will reconsider,” he added, noting that resuming 20% enrichment did not violate the Non-Proliferation Treaty (NPT) and the Safeguards Agreement.

“At the moment, we do not need to enrich more than 20 percent,” Araghchi said. “If the need arises, a decision can be made again. The other sides of the [nuclear] negotiations viewed 20% enrichment as a major step towards nuclear weapons but we didn’t think so.”

Ali Akbar Salehi, head of the Atomic Energy Organization of Iran (AEOI), said on Tuesday that Iran was in the process of installing 1,000 IR-2 centrifuges, of which 320 were already in place. Salehi said that the AEOI “considered ourselves obliged to execute the law,” referring to legislation passed last month by Iran’s parliament that, if US sanctions against Iran were not lifted, Iran should produce at least 120 kg of highly enriched uranium (which is uranium enriched to at least 20 percent) within three months.

Behrouz Kamalavandi, the AEOI spokesman, told IRIB that 20 percent enrichment was attained at 7pm (1530 GMT) on Monday and that Iran was “currently investigating” enriching to higher levels.

President Hassan Rouhani has said that his government would implement the legislation although he does not consider it “expedient.” Rouhani has expressed support for reviving the JCPOA, as has United States President-elect Joe Biden, who takes office on January 20, replacing Donald Trump, who withdrew from the agreement in 2018 and imposed stringent sanctions, leading in turn to Iran’s steps beyond the nuclear limits set by the deal.

While some among Iran’s principlists opposed the JCPOA from the outset,

“The time of breaching promises and killing time is over,” Ghalibaf tweeted.  “Overcoming unjust sanctions through ‘creating power’ and neutralizing the sanctions is on the agenda of the country now.”

Iran reached 20 percent enrichment before the JCPOA was agreed in 2015 but since then has reached a 4.5 percent maximum, well short of 90 percent weapons grade but higher than the 3.67% JCPOA cap. Steps taken by Iran since 2019 in violation of the deal – including upping the level of enrichment and using IR-2 centrifuges – would be reversed by Rouhani’s proposed relatively straightforward return to the JCPOA, but could also be negotiating chips should Washington or Europe seek new conditions.

A meeting of the remaining six JCPOA signatories on December 21 stressed the agreement remained “a key element of the global nuclear non-proliferation architecture and a significant achievement of multilateral diplomacy,” regretted US withdrawal, and stressed that United Nations Security Council resolution 2231, which endorsed the JCPOA, “remains fully in force.”

On Monday [January 4] Peter Stano, the European Union’s Lead Spokesperson for Foreign Affairs and Security Policy, wrote in email to Iran International TV that enrichment to 20 percent “would constitute a considerable departure from Iran’s nuclear commitments under the JCPOA with serious nuclear non-proliferation implications.”

City officials in Iran's capital Tehran are planning to put locks on large waste containers in the streets to prevent garbage pickers from accessing waste. END_OF_DOCUMENT_TOKEN_TO_BE_REPLACED

The Biden Administration has confirmed to the US Congress that sanction imposed by its predecessor on Iran have drastically reduced Iran's trade with the world. END_OF_DOCUMENT_TOKEN_TO_BE_REPLACED

The UK government said on Sept 20 that Britain would "not rest" until all its dual nationals being held in Iran were returned home. END_OF_DOCUMENT_TOKEN_TO_BE_REPLACED