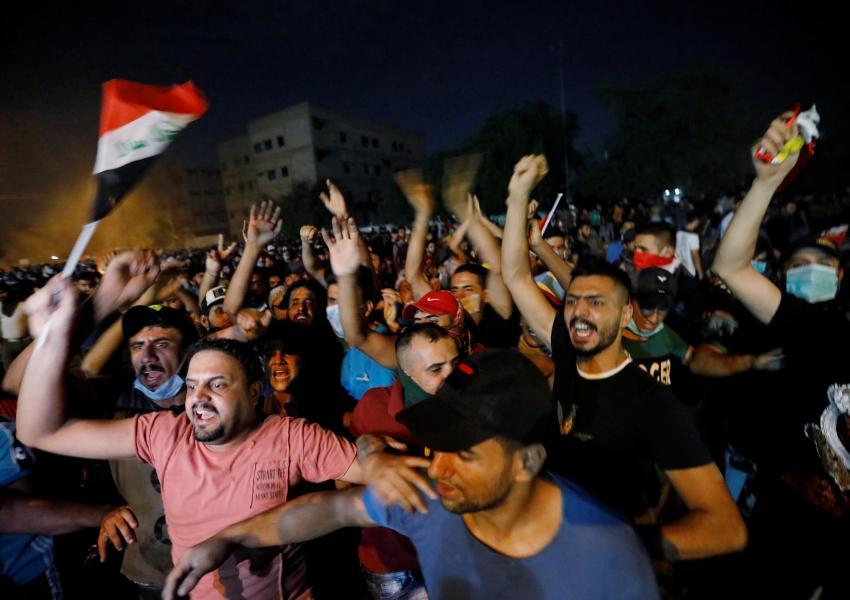 The protests in Iraq have continued for the fourth day with the number of casualties rising to 44 and hundreds injured.

Reuters has reported that most of the casualties were from the city of Nasiriya in the south of Iraq and 16 have been killed in Baghdad.

According to eyewitness reports, the Iraqi police opened fire at hundreds of protesters, while police snipers shooting at protesters from the roofs.

The anti-government protests in Iraq started on Tuesday. The protests continued today while the Internet was down in most of the country. Curfews have put in place in Baghdad and several other cities.

Prime Minister Abdul-Mahdi has defended his government’s management of the protests.

“We must make a stronger effort in fighting corruption across the country, but there are no magic solutions and the government cannot meet all of the people’s demands in one year,” Abdul-Mahdi said.

He also promised to help the lower classes and people in need: “The government has started distribution on land among the impoverished groups.”

Ayatollah Ali Sistani, the most prominent cleric in Iraq, issued a statement criticizing the government for its weakness in fighting corruption, and asked the security forces and protesters to avoid violence.

“The number of casualties and losses is regrettable. The government and political parties have not met people’s demands in fighting corruption and have had no practical accomplishments. The lawmakers are the main culprits of these recent events,” Sistani said in his statement.

Amnesty International and United Nations have urged the Iraqi government to control the violence by the military forces and show self-restraint.

City officials in Iran's capital Tehran are planning to put locks on large waste containers in the streets to prevent garbage pickers from accessing waste. END_OF_DOCUMENT_TOKEN_TO_BE_REPLACED

The Biden Administration has confirmed to the US Congress that sanction imposed by its predecessor on Iran have drastically reduced Iran's trade with the world. END_OF_DOCUMENT_TOKEN_TO_BE_REPLACED

The UK government said on Sept 20 that Britain would "not rest" until all its dual nationals being held in Iran were returned home. END_OF_DOCUMENT_TOKEN_TO_BE_REPLACED