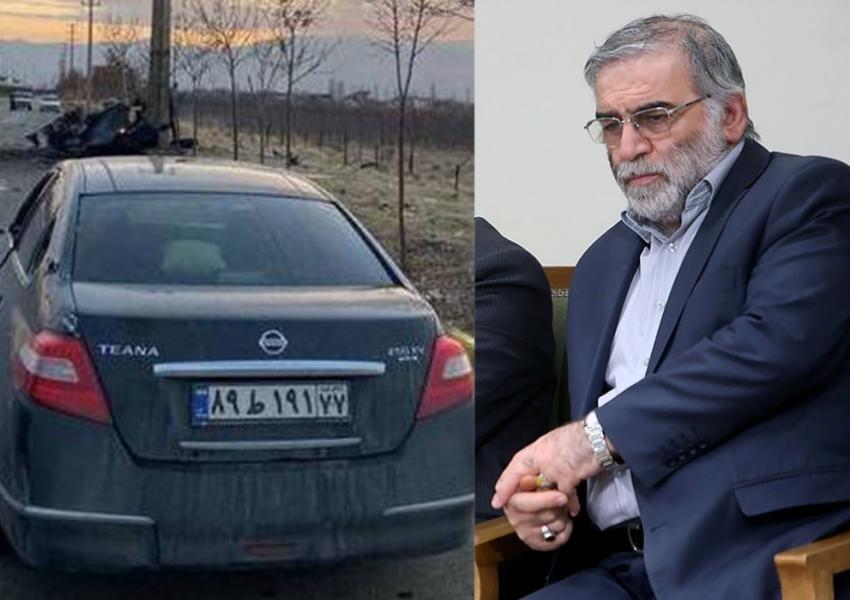 Top Iranian nuclear official Mohsen Fakhrizadeh was assassinated in November by a Mossad team consisting of Iranian and Israeli agents using a one-ton automated weapon that had been smuggled into Iran in pieces, according to UK’s Jewish Chronicle, citing anonymous intelligence sources.

According to the report, the assassination was carried out by Israel alone, with a team of more than 20 agents, including Israeli and Iranian nationals who carried out the ambush on Mohsen Fakhrizadeh after eight months of surveillance.

The automated weapon was placed on a Nissan pickup and was operated remotely by agents on the ground. The gun was heavy because it included a bomb that destroyed the evidence after the killing.

According to JC sources, the ambitious operation which "humiliated" the Islamic Republic intelligence services was successful in part because they were busy pursuing political dissidents.

Mohsen Fakhrizadeh, 59, was a senior member of the Islamic Revolution Guards Corps (IRGC) and was also considered to be the mastermind of Iran’s secret nuclear bomb program and highest nuclear authority in Iran.

He had been described by Western and Israeli intelligence services for years as the leader of a covert atomic bomb program halted in 2003.

According to the Jewish Chronicle’s report, Iran has “secretly assessed that it will take six years” before a replacement for him is “fully operational” and that his death had “extended the period of time it would take Iran to achieve a bomb from about three-and-a-half months to two years.”

On Monday, February 8, The Islamic Republic’s Intelligence Minister Mahmoud Alavi said on Iranian State-TV that the person who made the initial preparations for the assassination of Fakhrizadeh was “from the military”.

“Since the Ministry of Intelligence is not allowed to enter the jurisdiction of the armed forces, we asked the armed forces to introduce a liaison so we can assess the potential assassination of Fakhrizadeh, but before any liaison was introduced, he was killed,” Alavi claimed.

According to the Jewish Chronicle’s report, although the US was not involved in the assassination, American officials were notified in some way before it was carried out.

City officials in Iran's capital Tehran are planning to put locks on large waste containers in the streets to prevent garbage pickers from accessing waste. END_OF_DOCUMENT_TOKEN_TO_BE_REPLACED

The Biden Administration has confirmed to the US Congress that sanction imposed by its predecessor on Iran have drastically reduced Iran's trade with the world. END_OF_DOCUMENT_TOKEN_TO_BE_REPLACED

The UK government said on Sept 20 that Britain would "not rest" until all its dual nationals being held in Iran were returned home. END_OF_DOCUMENT_TOKEN_TO_BE_REPLACED