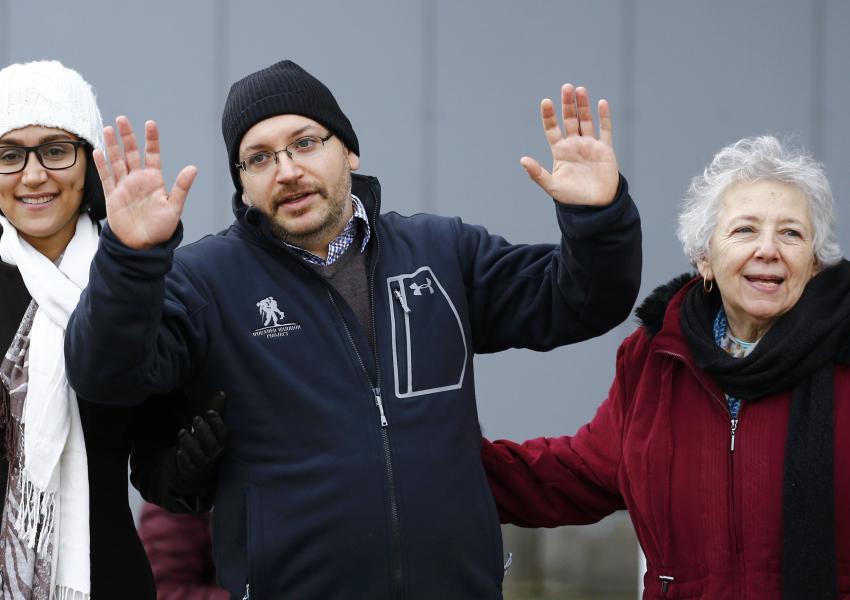 A federal court in Washington DC has taken on Jason Rezaian’s lawsuit against the Islamic Republic.

The journalist is supposed to testify about being psychologically tortured in prison.

Rezayan’s family have accused the Islamic Republic of psychological torture and hostage-taking.

According to plaintiffs, Rezaian must be under constant professional treatment due to psychological tortures in prison.

During the trial, Ali and Mary Rezaian, Jason's brother and mother, will testify regarding the damages to their family.

Jason Rezaian, a Washington Post journalist, was arrested five years ago by the IRGC Intelligence. He was released when the nuclear deal went into effect. Yeganeh Torabi, his wife, was also arrested for two months.

Rezaian was traded along with three other Iranian-American citizens in exchange for 400 million dollars sent by Obama administration via a plane.

City officials in Iran's capital Tehran are planning to put locks on large waste containers in the streets to prevent garbage pickers from accessing waste. END_OF_DOCUMENT_TOKEN_TO_BE_REPLACED

The Biden Administration has confirmed to the US Congress that sanction imposed by its predecessor on Iran have drastically reduced Iran's trade with the world. END_OF_DOCUMENT_TOKEN_TO_BE_REPLACED

The UK government said on Sept 20 that Britain would "not rest" until all its dual nationals being held in Iran were returned home. END_OF_DOCUMENT_TOKEN_TO_BE_REPLACED