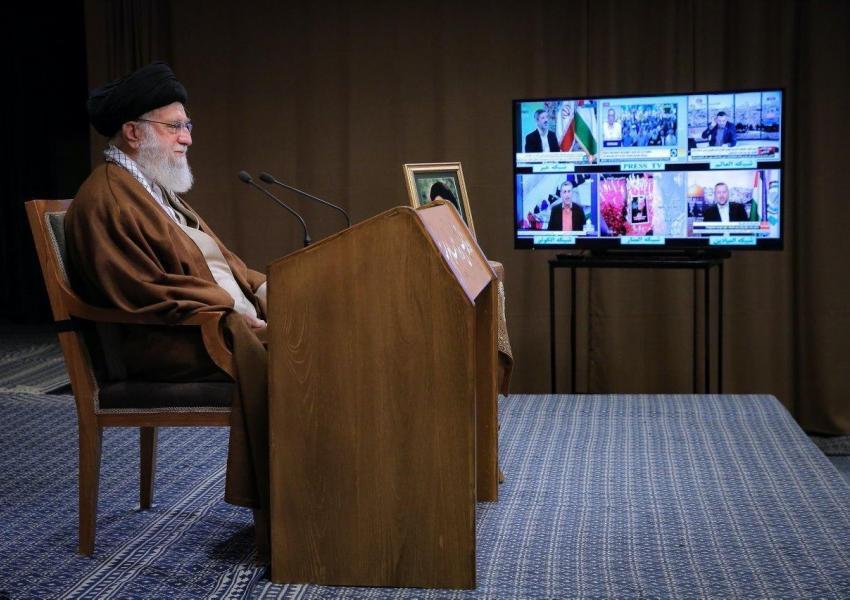 Khamenei once again insists on the annihilation of Israel

Ali Khamenei, the leader of the Islamic Republic regime of Iran, denied the comments made by western officials accusing him of anti-Semitism, while once again demanding the annihilation of Israel.

In his Quds Day speech, Khamenei rejected the accusation of being anti-Semitic and said: “We don’t want to annihilate the Jews. What must be annihilated is the Zionist Regime. Zionism is an innovation in Judaism, and it is completely alien to that religion.”

Islamic Republic officials refer to Israel as the “Zionist Regime” and do not recognize it as a country.

In recent days, Khamenei’s official website published a poster in honor of the Quds Day in three languages in which the term final solution was used, which provoked a strong response from the European Union, Israel, and the United States.

In his speech, Khamenei claimed that “America’s puppet countries” in the region try to “normalize Israel” in the region, but “these efforts are futile.”

While referring to the comments made by some officials in other countries about Israel being a reality in the region, Khamenei said: “Some dangerous and harmful realities must be fought, just like the fight against the coronavirus.”

He asked the “Jihadi Organizations” in Palestinian territories to continue their fight.

City officials in Iran's capital Tehran are planning to put locks on large waste containers in the streets to prevent garbage pickers from accessing waste. END_OF_DOCUMENT_TOKEN_TO_BE_REPLACED

The Biden Administration has confirmed to the US Congress that sanction imposed by its predecessor on Iran have drastically reduced Iran's trade with the world. END_OF_DOCUMENT_TOKEN_TO_BE_REPLACED

The UK government said on Sept 20 that Britain would "not rest" until all its dual nationals being held in Iran were returned home. END_OF_DOCUMENT_TOKEN_TO_BE_REPLACED