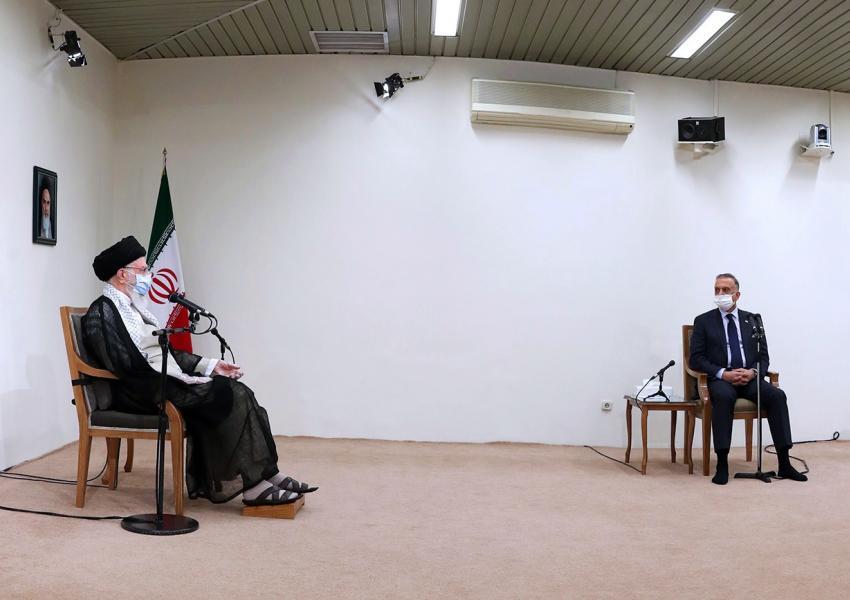 Khamenei: We will definitely strike back against America

In his meeting with the prime minister of Iraq Mostafa Al-Kadhimi, leader of the Islamic Republic Ali Khamenei said he will never forget the deaths of Qasem Soleimani and Abu Mahdi Al-Muhandis by the hands of the American Army and said the Islamic Republic will definitely strike Americans back.

This was Khamenei’s first official meeting since the beginning of the coronavirus epidemic five months ago.

Khamenei told Al-Kadhimi: “This is a result of the American presence, they killed your guest in your home and openly admitted it, and this is not a small thing.”

“The Islamic Republic will never forget this, and will definitely strike back at the Americans,” Khamenei added.

This is the second time that Khamenei is threatening the U.S with revenge. The first time was immediately after Soleimani’s death, which resulted in several missiles being shot at an American base in Iraq which had no casualties. Hours later Iran’s IRGC shot down a Ukrainian plane and killed all its 176 passengers.

Khamenei continued: “Iran will not intervene in Iraq’s relations with America, but expects Iraqi friends to recognize America for what it is, and know that any presence of the U.S is a source of corruption, destruction, and ruin.”

“The Islamic Republic expects the Iraqi government and nation and parliament’s decision to eject Americans from Iraqi is followed through because their presence is a cause of insecurity.

City officials in Iran's capital Tehran are planning to put locks on large waste containers in the streets to prevent garbage pickers from accessing waste. END_OF_DOCUMENT_TOKEN_TO_BE_REPLACED

The Biden Administration has confirmed to the US Congress that sanction imposed by its predecessor on Iran have drastically reduced Iran's trade with the world. END_OF_DOCUMENT_TOKEN_TO_BE_REPLACED

The UK government said on Sept 20 that Britain would "not rest" until all its dual nationals being held in Iran were returned home. END_OF_DOCUMENT_TOKEN_TO_BE_REPLACED