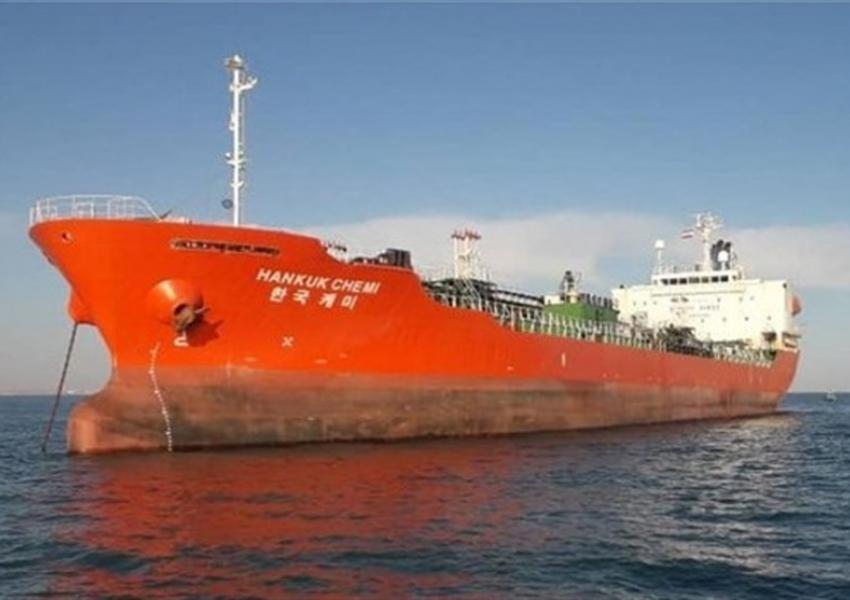 Korea Dispatching Delegation To Iran Over Seizure Of Tanker

South Korea has established a team to negotiate the release of a Korean-flagged oil tanker and its crew seized by Iran in the Persian Gulf on Monday. A delegation led by Koh Kyung-sok, the foreign ministry’s Director-General for African and Middle Eastern Affairs would arrive in Tehran “at the earliest possible date” to find a swift solution, ministry spokesman Choi Young-sam told a regular press briefing Tuesday [January 5].

The United States State Department called on Tehran to immediately release the South Korean tanker and accused Tehran of undermining freedom of navigation in order to gain relief from US economic sanctions blocking its oil exports and ability to receive payment. “The regime continues to threaten navigational rights and freedoms in the Persian Gulf as part of a clear attempt to extort the international community into relieving the pressure of sanctions,” said a spokesman.

Ali Rabiei, the Iranian government spokesman, retorted that Iran was used to such allegations. “If anybody is to be called a hostage taker, it is the South Korean government that has taken our more than $7 billion hostage on baseless grounds,” he told his weekly press briefing.

Iranian and Korean diplomats have been in talks for nearly a year over billions of dollars of Iranian assets frozen by Korean banks fearful of punitive American action after US President Donald Trump withdrew from the 2015 Iran nuclear deal and threatened sanctions against entities dealing with Iran.

Iran’s Revolutionary Guards said they seized the Korean vessel MT Hankuk Chemi, which carried 7,200 tons of ethanol, near The Greater Tunb island in the eastern Persian Gulf due to alleged infringements of maritime environmental protocols. The tanker is held at Iran’s southern port city of Bandar Abbas.

South Korea has demanded the immediate release of the ship and its crew. Seoul announced on Monday the dispatch of a naval destroyer operated by its anti-piracy Cheonghae Unit to the Strait of Hormuz. The operator of the tanker, DM Shipping, has said the vessel was in international waters when impounded.

City officials in Iran's capital Tehran are planning to put locks on large waste containers in the streets to prevent garbage pickers from accessing waste. END_OF_DOCUMENT_TOKEN_TO_BE_REPLACED

The Biden Administration has confirmed to the US Congress that sanction imposed by its predecessor on Iran have drastically reduced Iran's trade with the world. END_OF_DOCUMENT_TOKEN_TO_BE_REPLACED

The UK government said on Sept 20 that Britain would "not rest" until all its dual nationals being held in Iran were returned home. END_OF_DOCUMENT_TOKEN_TO_BE_REPLACED