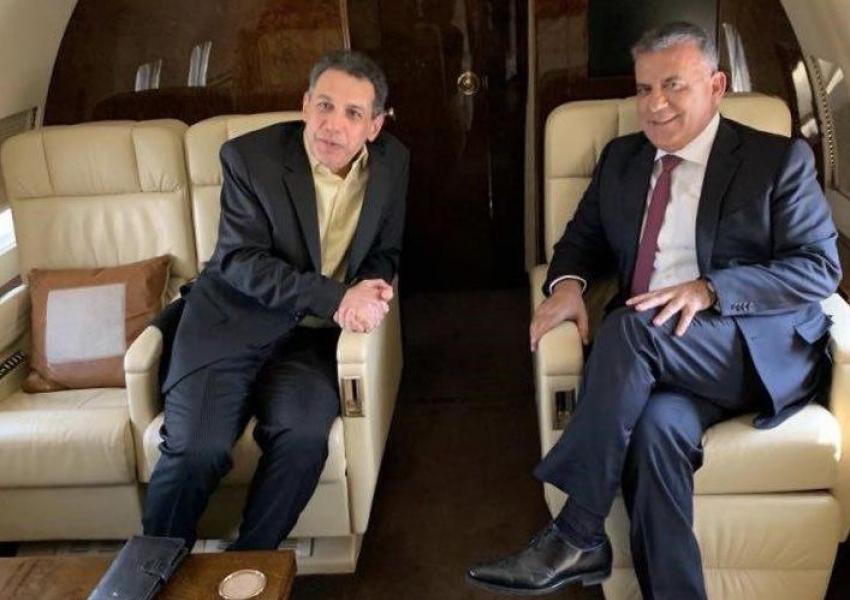 A Lebanese official told Reuters that Nizar Zakka, the Lebanese citizen incarcerated in Iran, has been released and left Iran for Beirut.

The Lebanese official says Zakka has left Iran in the company of Abbas Ibrahim, chairman of Lebanon's General Security Directorate.

On Saturday, the Lebanese media reported that General Ibrahim had traveled to Iran to negotiate the release of Nizar Zakka. Previously the spokesperson for the Islamic Republic Judiciary had told the reporters that the court has agreed to release Zakka due to the request from Michel Aoun, the president of Lebanon and deliberation between Iran’s supreme national security council and “our friends in Hezbollah.”

However, on Monday, Fars, a news agency close to the IRGC claimed that Zakka was “only released due to the request of Seyed Hassan Nasrallah, the leader of Hezbollah, and no other negotiations have been done with any government official.”

This was Zakka’s fifth trip to Iran. The U.S resident was invited to Iran in 2016 by the Iranian government officials to attend a summit regarding the "role of women in progress" and was arrested by the security forces for “espionage” and sentenced to 10 years in prison and $4 million in fines.

City officials in Iran's capital Tehran are planning to put locks on large waste containers in the streets to prevent garbage pickers from accessing waste. END_OF_DOCUMENT_TOKEN_TO_BE_REPLACED

The Biden Administration has confirmed to the US Congress that sanction imposed by its predecessor on Iran have drastically reduced Iran's trade with the world. END_OF_DOCUMENT_TOKEN_TO_BE_REPLACED

The UK government said on Sept 20 that Britain would "not rest" until all its dual nationals being held in Iran were returned home. END_OF_DOCUMENT_TOKEN_TO_BE_REPLACED