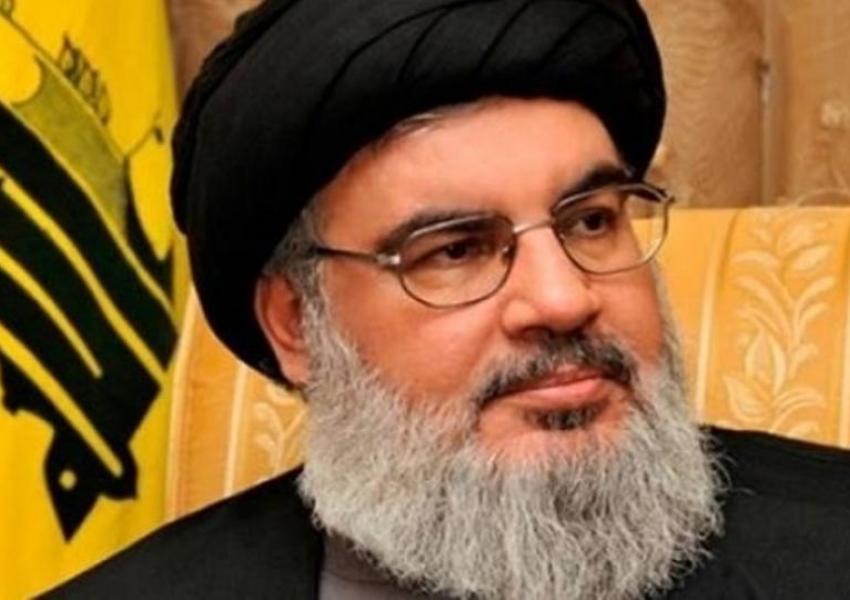 Nasrallah: US is using protests in the region to pressure Iran

In a TV interview, Hassan Nasrallah, the leader of Hezbollah of Lebanon said the United States sees the protests in Lebanon, Iraq, and Yemen as an opportunity to pressure Iran.

“The Americans think the protests in Lebanon and Iraq are against Iran, while these protests started because of economic conditions,” said Nasrallah.

Despite Nasrallah’s claims, the protesters, especially in Iraq, have repeatedly chanted “Iran, get out” against the Islamic Republic regime of Iran and set fire to the regime’s consulates in Karbala and Najaf.

Regarding the comments made by an IRGC official, Morteza Ghorbani, threatened Israel with attacks from Lebanon, Nasrallah said: “There are those who plagiarize the comments of Iranians in order to provoke our friends in Lebanon against Hezbollah. Iran will not stay silent against aggressors, and it does not depend on allies.”

Ghorbani had previously said: “If the Zionist regime makes the slightest mistake with regards to Iran, we will turn Tel-Aviv into a pile of rubble from Lebanon, and there is no need for any missiles to be launched from Iran.

City officials in Iran's capital Tehran are planning to put locks on large waste containers in the streets to prevent garbage pickers from accessing waste. END_OF_DOCUMENT_TOKEN_TO_BE_REPLACED

The Biden Administration has confirmed to the US Congress that sanction imposed by its predecessor on Iran have drastically reduced Iran's trade with the world. END_OF_DOCUMENT_TOKEN_TO_BE_REPLACED

The UK government said on Sept 20 that Britain would "not rest" until all its dual nationals being held in Iran were returned home. END_OF_DOCUMENT_TOKEN_TO_BE_REPLACED