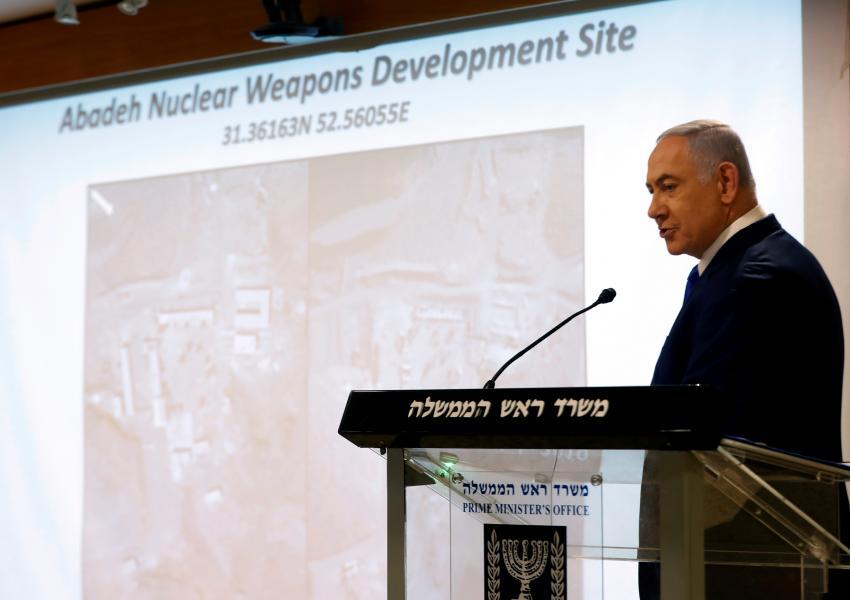 Prime minister of Israel, Benjamin Netanyahu, has revealed what he calls a newly discovered Iranian nuclear weapons development site at Abadeh in Fars province in the south of Iran.

Talking for the first time about this site on Monday, September 9, Netanyahu said that the information was found in the classified documents that Mossad agents transferred out of Iran last year.

He also showed some satellite photos from June and July, before and after Iran realized that the site has been discovered and tried to cover up.

“We will continue to expose your lies,” said the prime minister.

He then addressed the international community, "What we see is a consistent pattern of Iranian lies, deception and violations," calling on them to “wake up and realize that Iran is systematically lying.”

He concluded: “The only way to stop Iran’s march to the bomb, and its aggression in the region, is pressure, pressure and more pressure.”

City officials in Iran's capital Tehran are planning to put locks on large waste containers in the streets to prevent garbage pickers from accessing waste. END_OF_DOCUMENT_TOKEN_TO_BE_REPLACED

The Biden Administration has confirmed to the US Congress that sanction imposed by its predecessor on Iran have drastically reduced Iran's trade with the world. END_OF_DOCUMENT_TOKEN_TO_BE_REPLACED

The UK government said on Sept 20 that Britain would "not rest" until all its dual nationals being held in Iran were returned home. END_OF_DOCUMENT_TOKEN_TO_BE_REPLACED