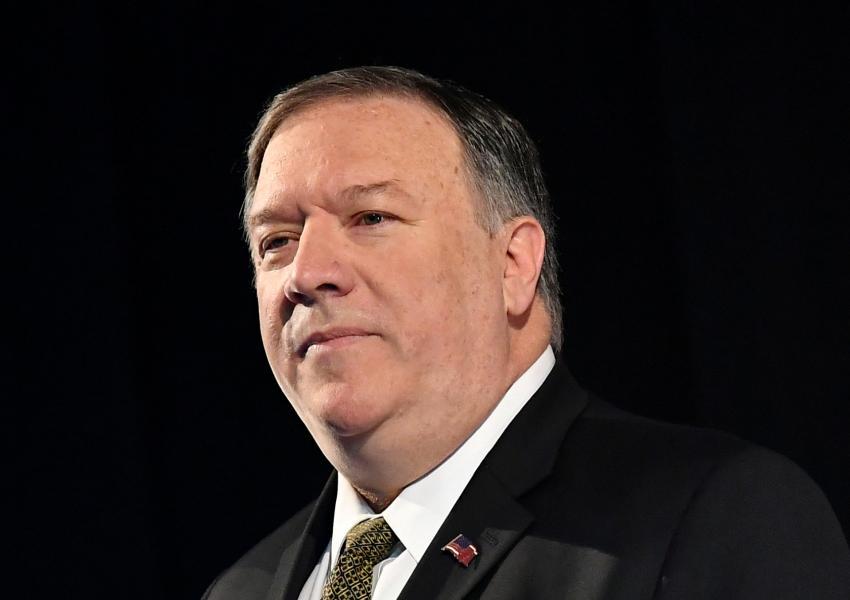 Pompeo: Europe chose to side with the ayatollahs

US Secretary of State Mike Pompeo has said his country is ready to stop Russia and China from violating sanctions against Iran.

"No country but the United States has had the courage and conviction to put forward a resolution. Instead, they chose to side with the ayatollahs," Pompeo said.

The US effort to trigger the ‘snapback’ mechanism and reinstate all sanctions against Iran met with widespread opposition from Europe, followed by Russia, China, and Israel.

In response to the threats, Mohsen Rezaei, the secretary of the Expediency Discernment Council, responded to the possibility of an Iran-US war: "Our hand is on the trigger and we are ready to respond."

In a joint statement, the UK, Germany, and France stated they did not support Washington's attempt to reinstate sanctions against Iran.

At the same time, they called on Iran to stop its nuclear program and return to full compliance with the IAEA Board immediately.

"As I have repeatedly recalled, the US unilaterally ceased participation in the JCPOA and It cannot, therefore, be considered to be a JCPOA participant State for the purposes of possible sanctions snapback foreseen by the resolution,” said Josep Borrell, High Representative of the European Union.

Helga Schmidt, the EU's secretary-general for foreign affairs, posted a similar tweet referring to the US withdrawal from the Security Council.

In response to European opposition, Pompeo accused them of "siding with the ayatollahs" in Iran.

Zhang Jun, Permanent Representative of China to the United Nations also criticized the US move, calling it a "political show" with no "legal basis”.

In the Middle East, however, Israel has stated that the US has its “full” support.

Following the rejection of its proposed resolution by the Security Council on the extension of Iran's arms embargo, the United States wrote an official letter to the United Nations urging it to activate the snapback mechanism for the return of all sanctions.

City officials in Iran's capital Tehran are planning to put locks on large waste containers in the streets to prevent garbage pickers from accessing waste. END_OF_DOCUMENT_TOKEN_TO_BE_REPLACED

The Biden Administration has confirmed to the US Congress that sanction imposed by its predecessor on Iran have drastically reduced Iran's trade with the world. END_OF_DOCUMENT_TOKEN_TO_BE_REPLACED

The UK government said on Sept 20 that Britain would "not rest" until all its dual nationals being held in Iran were returned home. END_OF_DOCUMENT_TOKEN_TO_BE_REPLACED