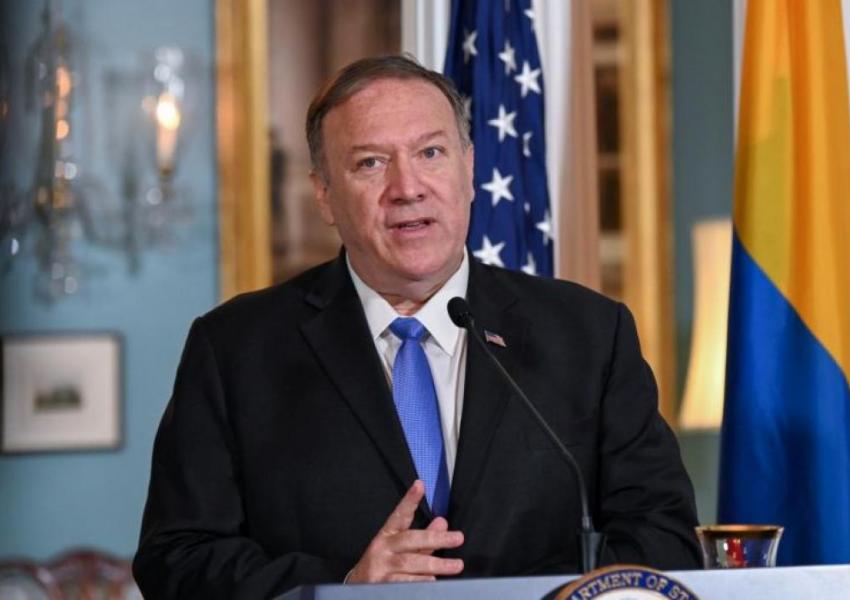 Pompeo: Iran must be held accountable on nuclear commitments

(Reuters) - U.S. Secretary of State Mike Pompeo on Thursday called on all nations to hold Iran accountable for its nuclear commitments and said Tehran’s failure to report nuclear material was a clear violation of safeguard agreements.

The International Atomic Energy Agency, which is policing Iran’s troubled nuclear deal with major powers, sounded an alarm on Tuesday over a lack of Iranian cooperation in clearing up what the IAEA suspects are undeclared activities and materials dating back to the early 2000s.

Iran on Thursday stood by its decision to deny U.N. nuclear inspectors access to sites where they have questions about past activities, arguing that the agency’s case is based on “fabricated” Israeli intelligence.

Pompeo told a State Department news conference that all nations must hold Iran accountable under the global nuclear Non-Proliferation Treaty (NPT), which has been the foundation of global nuclear arms control since the Cold War.

“Iran’s intentional failure to declare such nuclear material, as reported by the IAEA this week, would constitute a clear violation of its safeguards agreements required by the NPT,” Pompeo said.

“The regime must immediately cooperate with the IAEA and fully comply with its IAEA safeguards obligations. All nations must hold Iran accountable to its commitments, otherwise, the NPT isn’t worth the paper that is written on.”

Iran warned in January it would withdraw from the NPT if European nations referred Iran to the U.N. Security Council over its alleged violations of a 2015 nuclear deal with world powers.

Under that deal, Tehran agreed to curb its nuclear activities in exchange for the lifting of most international sanctions, but the United States withdrew from the deal in 2018 and reimposed economic sanctions on Iran.

City officials in Iran's capital Tehran are planning to put locks on large waste containers in the streets to prevent garbage pickers from accessing waste. END_OF_DOCUMENT_TOKEN_TO_BE_REPLACED

The Biden Administration has confirmed to the US Congress that sanction imposed by its predecessor on Iran have drastically reduced Iran's trade with the world. END_OF_DOCUMENT_TOKEN_TO_BE_REPLACED

The UK government said on Sept 20 that Britain would "not rest" until all its dual nationals being held in Iran were returned home. END_OF_DOCUMENT_TOKEN_TO_BE_REPLACED