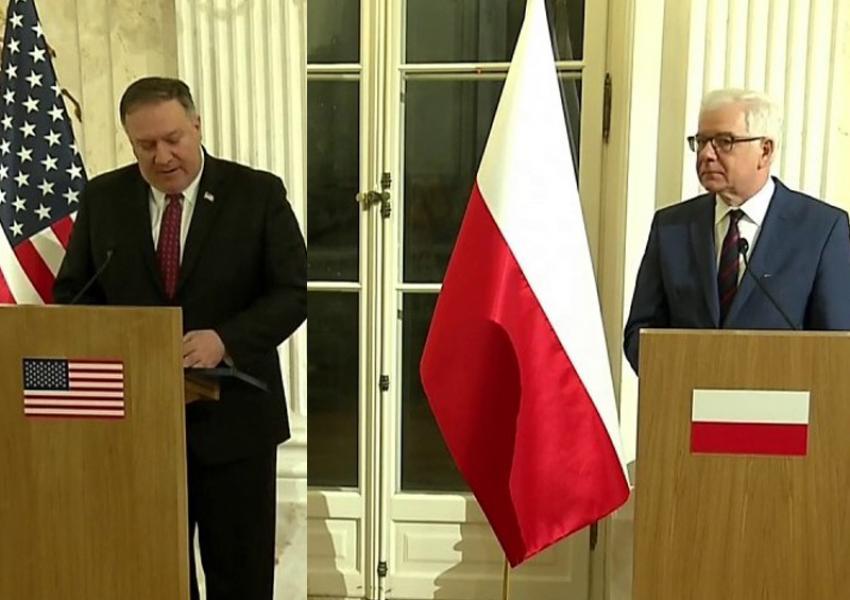 State secretary of the United States had a joint press conference with his Polish counterpart one day before the official opening of the “Peace and Security for the Middle East” summit in Warsaw.

Mike Pompeo announced that “over 60 countries are attending the Warsaw summit.”

The summit will be held on February 13th and 14th in Poland’s capital.

American officials had previously said that Iran’s nuclear, missile, and regional activities will be the primary focus of the summit, but today Mr. Pompeo did not mention Iran specifically.

While referring to Poland’s uprising against communism and the relationship between the U.S and Poland, Pompeo said: “Poland fought for freedom and democracy, and I ask Poland to stay on this path.”

The foreign minister of Poland also stated: “All efforts for peace in the middle east has failed so far. We have to deal with the situation politically and diplomatically. The United States and Europe have similar policies regarding the middle east.”

Iran was not invited to the Warsaw summit.

City officials in Iran's capital Tehran are planning to put locks on large waste containers in the streets to prevent garbage pickers from accessing waste. END_OF_DOCUMENT_TOKEN_TO_BE_REPLACED

The Biden Administration has confirmed to the US Congress that sanction imposed by its predecessor on Iran have drastically reduced Iran's trade with the world. END_OF_DOCUMENT_TOKEN_TO_BE_REPLACED

The UK government said on Sept 20 that Britain would "not rest" until all its dual nationals being held in Iran were returned home. END_OF_DOCUMENT_TOKEN_TO_BE_REPLACED