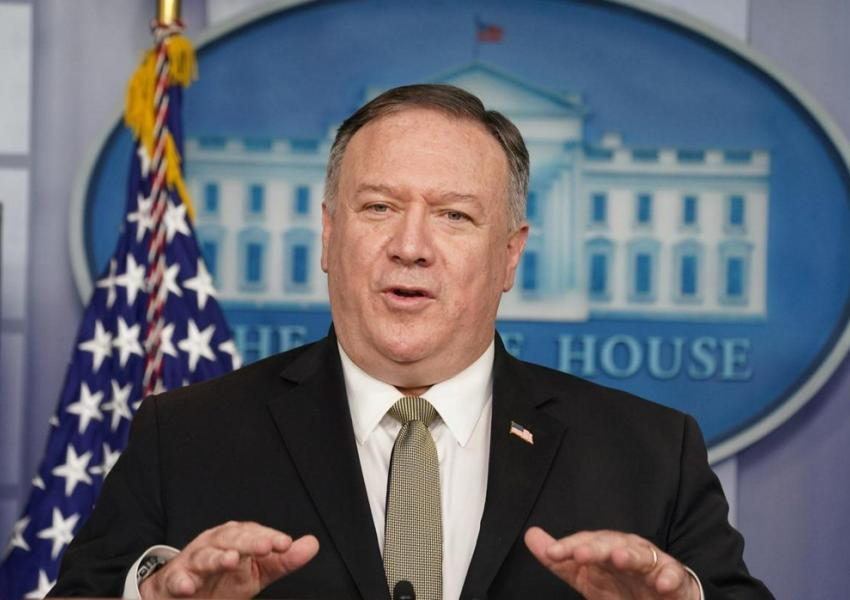 While revealing the 2019 International Religious Freedom Report on Wednesday, U.S Secretary of State Mike Pompeo urged the Islamic Republic regime of Iran to release the three American prisoners in Iran.

Pompeo expressed his happiness about the release of U.S veteran Michael White from Iranian prisons but added: The work is not done.  Baquer Namazi, Siamak Namazi, and Morad Tahbaz are Americans still wrongfully detained by the Iranian regime.  Tehran must release them immediately.

On the issue of protests in the U.S and the Chinese propaganda, Secretary Pompeo said: “There is no equivalence between our (U.S and China’s) two forms of government.  We have the rule of law; China does not.  We have free speech and embrace peaceful protest.  They don’t.  We defend religious freedom; as I just noted, China continues its decades-long war on faith.”

Ambassador Brownback who was also present at the press conference Stated: “In Iran, 109 members of minority religious groups remain in prison for simply being religious minority practitioners.  And last year the government executed a number of individuals on charges of enmity against God.”

Regarding the Uighur Muslims that are being kept in camps by the communist regime of China, Ambassador Brownback said: “Independent researchers have found that some of these detainees ended up working in factories, including factories who make products for Western companies.”

City officials in Iran's capital Tehran are planning to put locks on large waste containers in the streets to prevent garbage pickers from accessing waste. END_OF_DOCUMENT_TOKEN_TO_BE_REPLACED

The Biden Administration has confirmed to the US Congress that sanction imposed by its predecessor on Iran have drastically reduced Iran's trade with the world. END_OF_DOCUMENT_TOKEN_TO_BE_REPLACED

The UK government said on Sept 20 that Britain would "not rest" until all its dual nationals being held in Iran were returned home. END_OF_DOCUMENT_TOKEN_TO_BE_REPLACED