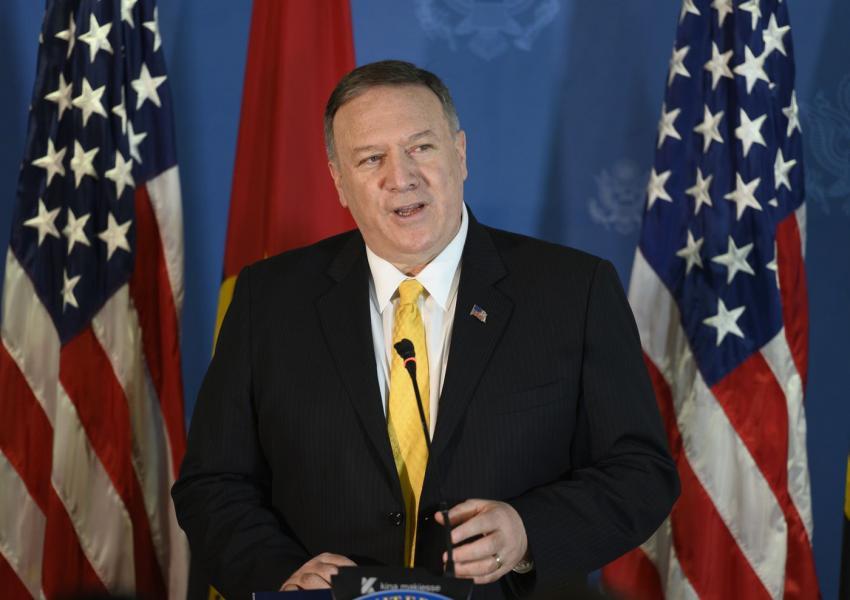 U.S. Secretary of State Mike Pompeo announced that the U.S. and its partner forces have seized a boat on June 28 carrying Iranian weapons to Houthi rebels in Yemen.

Pompeo once again called for an extension of the U.N. arms embargo on Iran and said: “The Security Council must extend the arms embargo on Iran to prevent further conflict in the region. No serious person can possibly believe Iran will use any weapon it receives for peaceful ends.” He added: “Iran is not abiding by the UN arms embargo that is due to expire in less than four months now.”

The U.S Secretary of State reported that the weapons included 200 rocket-propelled grenades, more than 1700 assault rifles, 21 surface-to-air and land-attack missiles, several anti-tank missiles, and other advanced weapons and missiles.”

The Iran-backed Houthi Shia rebels have been fighting the Yemeni government, backed by a Saudi-led coalition, since 2015.

Pompeo noted that a report by U.S. Secretary-General Antonio Guterres last week confirmed U.S. charges that weapons seized by U.S. forces in November 2019 and February 2020 were "of Iranian origin."

Iran's mission to the United Nations said there were "serious flaws, inaccuracies, and discrepancies" in Guterres's report.

City officials in Iran's capital Tehran are planning to put locks on large waste containers in the streets to prevent garbage pickers from accessing waste. END_OF_DOCUMENT_TOKEN_TO_BE_REPLACED

The Biden Administration has confirmed to the US Congress that sanction imposed by its predecessor on Iran have drastically reduced Iran's trade with the world. END_OF_DOCUMENT_TOKEN_TO_BE_REPLACED

The UK government said on Sept 20 that Britain would "not rest" until all its dual nationals being held in Iran were returned home. END_OF_DOCUMENT_TOKEN_TO_BE_REPLACED