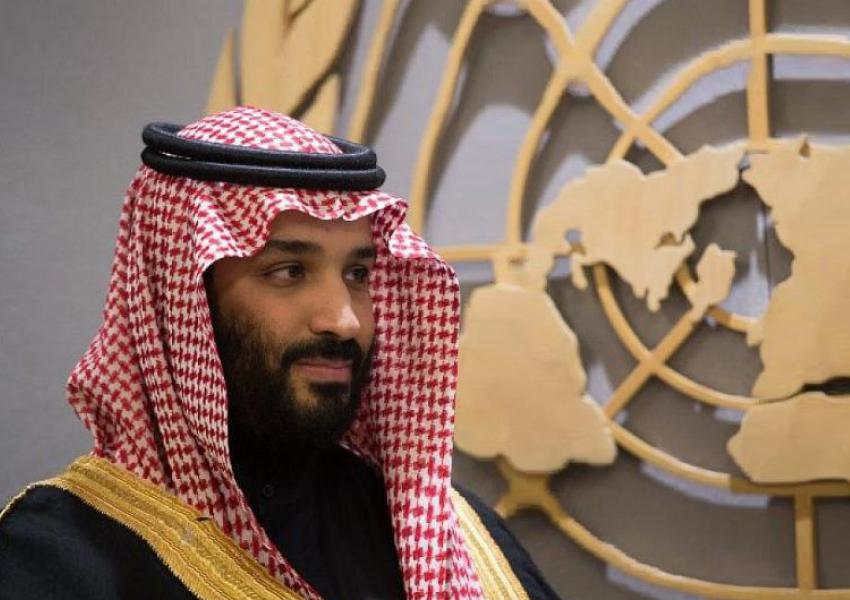 DUBAI, June 9 (Reuters) - Saudi Arabia and the United Arab Emirates, resigned to the revival of a nuclear pact with Iran they always opposed, are engaging with Tehran to contain tensions while lobbying for future talks to take their security concerns into account.

World powers have been negotiating in Vienna with Iran and the United States to revive the 2015 deal, under which Tehran agreed to curbs on its nuclear programme in return for the lifting of international sanctions.

The new U.S. administration of President Joe Biden wants to restore the deal, which Washington abandoned under his predecessor, Donald Trump. But Washington's Gulf allies have always said the deal was inadequate because it ignored other issues, such as Iran's missile exports and support for regional proxy fighters.

U.S. Secretary of State Antony Blinken made clear on Monday that Washington's priority was to get the deal "back in the box" and then use it as a platform to address other questions.

But with Saudi Arabia embroiled in a costly war in Yemen and facing repeated missile and drone attacks on its oil infrastructure which it blames on Iran and its allies, the Gulf States say the wider issues must not be set aside.

"The Gulf countries have said 'fine the U.S. can go back to (the nuclear deal), this is their decision we cannot change it, but...we need everybody to take into account regional security concerns'," Gulf Research Center's Abdulaziz Sager, who has been active in past unofficial Saudi-Iran dialogue, said this week.

Gulf officials worry that they lack the same clout with the Biden administration that they had under Trump. They lobbied to join the Vienna talks, but were rebuffed.

Rather than wait for the outcome in Vienna, Riyadh accepted Iraqi overtures in April to host talks between Saudi and Iranian officials, two sources familiar with the matter said.

"WE NEED TO LIVE WITH THEM"

As the foes suss each other out, Riyadh has said it wants to see "verifiable deeds".

Iran holds a number of cards, not least its support for the Houthi movement in Yemen, which the Saudis have failed to defeat after six years of war that exhausted Washington's patience.

"Yemen is a cheap course for Iran and a very expensive one for Saudi Arabia. This gives Iran a strong bargaining position," Sager said.

The UAE, for its part, has already been in regular contact with Iran trying to de-escalate, notably since tankers were attacked off its coast in 2019, a third regional source said.

The priority now for Gulf states is to focus on their economies following COVID-19. But security assurances are an important part of that recovery.

"A (nuclear) deal is better than no deal, but how can you convince the world -- and investors -- that this is a real deal that can stand the test of time?" the third source told Reuters.

Gulf states hope Washington maintains leverage over Tehran by keeping some sanctions, including those designed to punish foreign actors for supporting terrorism or weapons proliferation.

Blinken told a congressional committee hearing that a deal could be used "as a platform both to look at whether the agreement itself can be lengthened and if necessary strengthened and also to capture" regional concerns.

The Gulf States remain sceptical. UAE envoy to Washington Yousef Al Otaiba said in April he saw no evidence the nuclear deal would become "a tool where moderates are empowered" in Iran, which holds presidential elections this month dominated by hardliners.

"But we need to live with them in peace," Otaiba said. "We want non-interference, no missiles, no proxies."

Iran's president Ebrahim Raisi addressed the UN General Assembly saying his country wants a resumption of nuclear talks with world powers to lead to the removal of US sanctions. END_OF_DOCUMENT_TOKEN_TO_BE_REPLACED

President Joe Biden told the UN General Assembly on September 21 that he will prevent Iran from getting nuclear weapons. END_OF_DOCUMENT_TOKEN_TO_BE_REPLACED

India has seized nearly three tons or $2.72 billion worth of Afghan heorin shipped from Iran. END_OF_DOCUMENT_TOKEN_TO_BE_REPLACED

Iran's foreign ministry spokesman has said that nuclear talks with world powers will start in a few weeks but has not given a firm date. END_OF_DOCUMENT_TOKEN_TO_BE_REPLACED