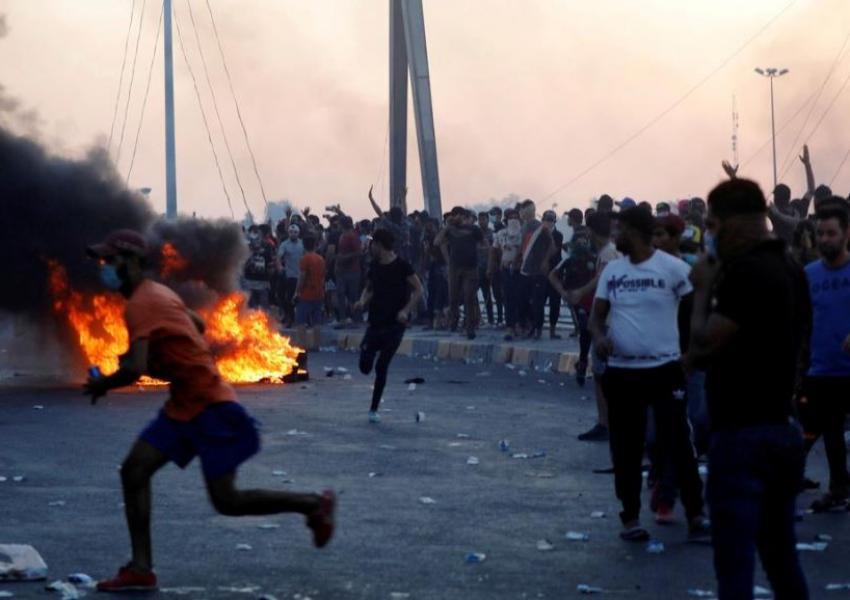 The Iraqi security sources told Reuters that the leaders of Iran-aligned militias decided on their own to help put down the mass protests against the government of Iraqi Prime Minister Adel Abdul Mahdi, whose one-year-old administration is backed by powerful Iran-backed armed groups and political factions.

“We have confirmed evidence that the snipers were elements of militias reporting directly to their commander instead of the chief commander of the armed forces,” said one of the Iraqi security sources. “They belong to a group that is very close to the Iranians.”

The deployment of militia fighters, which has not been previously reported, underscores the chaotic nature of Iraqi politics amid mass protests that led to more than 100 deaths and 6,000 injuries during the week starting Oct. 1. Such militias have become a fixture here with Iran’s rising influence.

A group of senior commanders from Iran’s Revolutionary Guards traveled to Iraq on the second day of the protests and met with Iraqi intelligence and security officials, according to a diplomat in the region familiar with Iran’s decision-making process.

Iraqi Interior Ministry spokesman Saad Maan said state security forces did not fire directly at protesters and blamed unnamed “vicious” shooters for the mass deaths and injuries. The government has opened an investigation to determine who shot the protesters and who ordered it, Maan said in a news conference on Oct. 6.

Iran’s role in responding to the demonstrations was another reminder of Tehran’s reach in Iraq, where a sizable number of former militia commanders are now members of parliament and support the Iranian agenda. The stability of the Iraqi government is in the best interests of Iran, which has been steadily amassing influence in Iraq since 2003 when the U.S-led invasion toppled the Islamic Republic’s arch-enemy Saddam Hussein. Iran is Iraq’s biggest trading partner.

City officials in Iran's capital Tehran are planning to put locks on large waste containers in the streets to prevent garbage pickers from accessing waste. END_OF_DOCUMENT_TOKEN_TO_BE_REPLACED

The Biden Administration has confirmed to the US Congress that sanction imposed by its predecessor on Iran have drastically reduced Iran's trade with the world. END_OF_DOCUMENT_TOKEN_TO_BE_REPLACED

The UK government said on Sept 20 that Britain would "not rest" until all its dual nationals being held in Iran were returned home. END_OF_DOCUMENT_TOKEN_TO_BE_REPLACED