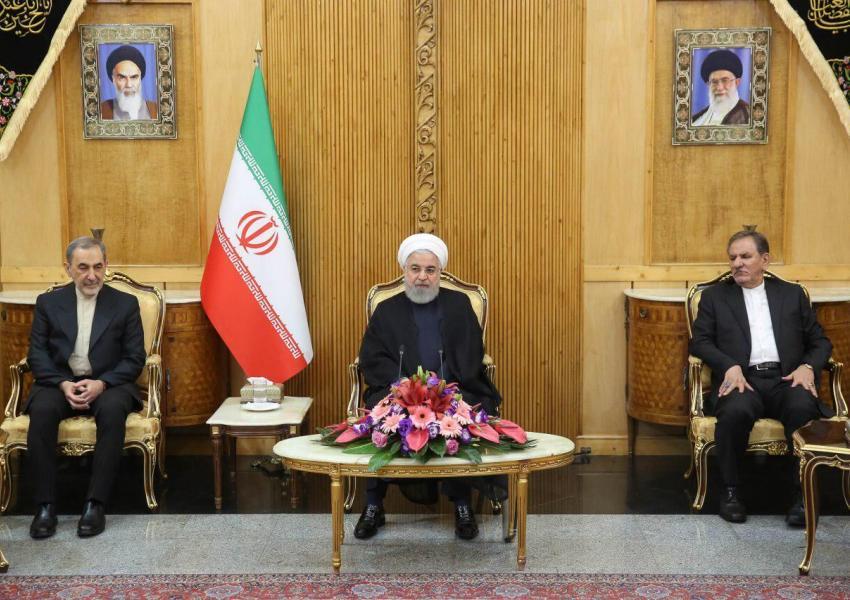 Rouani: Escalation of tensions is the result of China-US conflict

Before traveling to New York to attend the UN general assembly, President Rouhani expressed concerns about the “intensification of the problems in the region” and said: “Of course, this fight is not specific to us, it’s a fight between the US and China.”

Rouhani criticized the competition between China and the United States on Monday before his trip, saying: “They exploit these problems in the region to make new military deals, and all this noise is for them to increase their presence in the region.”

Meanwhile, the media have reported on new military and defense pacts between the Islamic Republic and China in order to “fight US unilateralism.” There were also reports of a joint military drill between Iran and Russia in the Persian Gulf.

Rouhani also accused the Saudis of exaggerating the damages to their oil facilities as a result of the September 14 attacks: “These damages can be repaired in two weeks, but Saudis say they can’t be fixed even in a month.”

Rouhani once again rejected the allegations that the Islamic Republic was behind the attack on the Aramco oil facilities and once again mentioned the “Hormuz Peace Initiative” which he will present at the UN general assembly, which according to him has a security aspect for cooperation between the countries of the region and an economic aspect as well.

The United States has not issued visas for the Islamic Republic government’s media team.

Rouhani also criticized Mike Pompeo’s recent comment in which he said Rouhani’s foreign minister, Javad Zarif, has no authority and no one should care about what he says.

City officials in Iran's capital Tehran are planning to put locks on large waste containers in the streets to prevent garbage pickers from accessing waste. END_OF_DOCUMENT_TOKEN_TO_BE_REPLACED

The Biden Administration has confirmed to the US Congress that sanction imposed by its predecessor on Iran have drastically reduced Iran's trade with the world. END_OF_DOCUMENT_TOKEN_TO_BE_REPLACED

The UK government said on Sept 20 that Britain would "not rest" until all its dual nationals being held in Iran were returned home. END_OF_DOCUMENT_TOKEN_TO_BE_REPLACED