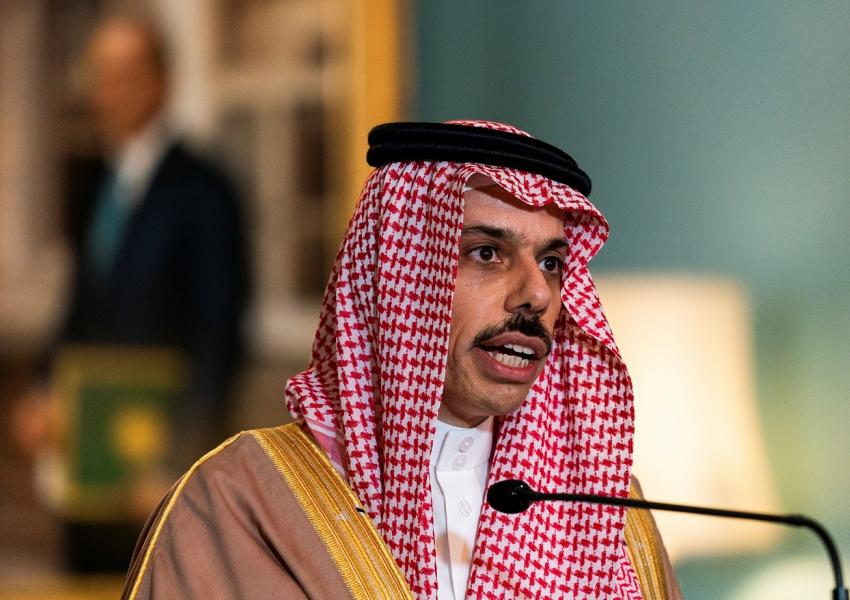 Saudi Arabia’s foreign minister Prince Faisal bin Farhan al-Saud in a virtual Policy Forum at the Washington Institute for Near Eastern Policy, October 15, has criticized Iran for a “single-minded focus on undermining the health and safety of nations and communities.”

Faisal bin Farhan is currently in Washington for what he says is a “strategic dialogue”, two weeks before the US presidential elections, while the Democratic candidate Joe Biden has warned to reassess American ties with the Kingdom in the light of the killing of Jamal Khashoggi in 2018 by Saudi security agents in Turkey.

In his opening statement the foreign minister insisted that while his country advances a multilateralist approach to solving the region’s problems, achieving development and stability, not all neighbors are “equally committed to de-escalating tensions”. Without naming Iran, Faisal bin Farhan said “we could do even more” if all nations in the region worked to find political solutions to conflicts “instead of advancing expansionist ambitions.”

He went on to accuse Iran of “overtly” supporting terrorist and extremist groups and proxy militias and destabilizing countries from Lebanon, Syria, and Yemen, “to South America”.

Saudi Arabia and Iran have become bitter regional rivals whose competition for influence and perceptions of mutual threat have intensified since Iran intervened in the Syrian civil war since 2011 and sided with the Houthis when the war in Yemen broke out in 2015.

Iran has built a vast proxy network of tens of thousands of Shiite militias in Iraq and fighting units in Syria, together with supplying weapons and assisting Houthis in Yemen. The Trump administration early on sided with Saudi Arabia in calling for Tehran to change its regional behavior. This was one of the reasons cited when President Donald Trump withdrew form the landmark 2015 nuclear agreement known as JCPOA.

Iran accuses Saudi Arabia and the Persian Gulf Arab states of cooperating with the United States and Israel, which it says is a potential threat to its security.

Bin Farhan in his statement accused Iran of interference in Yemen, which led to civil war, in order to use the country “as a launching pad” for extremism “threatening Saudi Arabia” and the region. He insisted that Tehran and the Houthis have “walked away” from all peace overtures and instead have lobbed ballistic missiles at Saudi Arabia. He added that Riyadh cannot afford to see a nuclear Iran bent on exporting its revolutionary agenda.

The Saudi foreign minister declared that his country’s partnership with the United States is important in confronting Iran, and Riyadh will work with Washington to prevent Tehran from ever acquiring nuclear weapons. He added that Saudi Arabia has made gestures to improve ties with Iran and even welcomed the JCPOA, “but as we interpret these as steps towards security, Iran interprets them as opportunities for expansionism. That is why we believe the continuation of ‘maximum pressure’ is the only way to reach a reliable and enduring agreement, which ensures Iran forever abandons its nuclear weapons ambition,” and stops meddling in other countries and destabilizing the region.

Responding to a question of what it would take to resolve the conflict in Yemen, bin Farhan said the Houthis need to focus on their country and “not be a tool” in the hands of Iran, which wants the war to continue.

He was asked if Riyadh is satisfied with US policy toward Iran, which has not succeeded in changing its behavior, symbolized by the lack of a response to the September 2019 attack on Saudi oil facilities. Bin Farhan responded that he believes the ‘maximum pressure’ policy has been successful in “constraining and containing” the regime in Tehran and weakening its ability to support its proxies and feeling under pressure domestically.

The foreign minister insisted that Riyadh does not want a military confrontation between the US and Iran or between Saudi Arabia and Iran. “It is Iran that occasionally lashes out militarily,” he said and added, “We want pressure that leads to talks.”

City officials in Iran's capital Tehran are planning to put locks on large waste containers in the streets to prevent garbage pickers from accessing waste. END_OF_DOCUMENT_TOKEN_TO_BE_REPLACED

The Biden Administration has confirmed to the US Congress that sanction imposed by its predecessor on Iran have drastically reduced Iran's trade with the world. END_OF_DOCUMENT_TOKEN_TO_BE_REPLACED

The UK government said on Sept 20 that Britain would "not rest" until all its dual nationals being held in Iran were returned home. END_OF_DOCUMENT_TOKEN_TO_BE_REPLACED