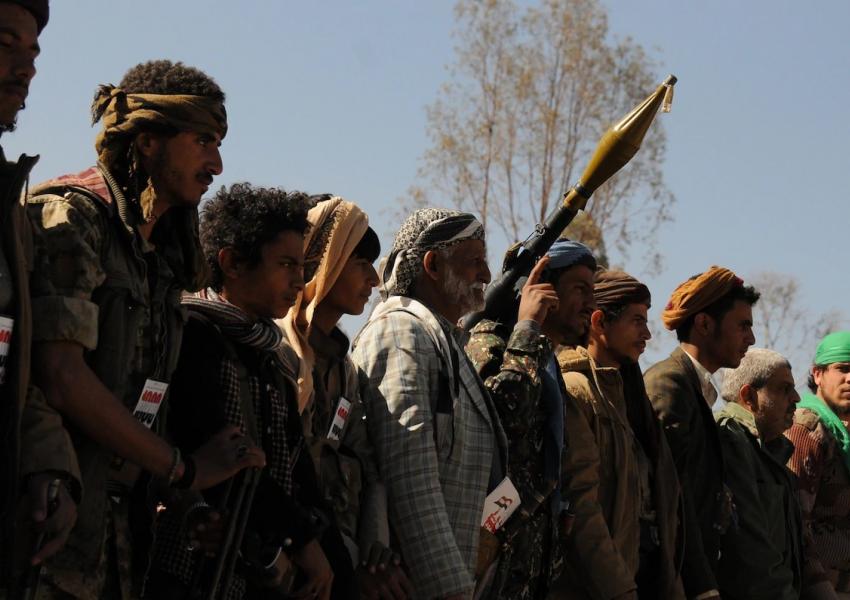 The logistics deputy of Iran’s Qods (Quds) Force, Mohammad Emamgholi, has suggested that Yemen’s Houthis should take revenge on Saudi Arabia for the deaths of over 400 Iranian pilgrims in Mecca five years ago, which Tehran blamed on the Saudi authorities.

Emamgholi was speaking on October 1 at a gathering to honor Iranians among over 2,000 people killed in a stampede in 2015 during the annual Hajj pilgrimage. He said revenge was needed also for Riyadh’s role in trying to overthrow President Bashar al-Assad in Syria.

The speech offered an insight into the views of a leading current commander in the Revolutionary Guards (IRGC), of which the Qods Force is an extra-territorial special force. In addition to supervising Iranian forces advising and assisting Assad’s units, the Qods Force has recruited tens of thousands of Afghans, Iraqis and Pakistanis to supplement Assad’s armies. It has also coordinated with the Lebanese group, Hezbollah, which has been heavily involved in Syria.

Emamgholi argued that “defending Syria is defending the Islamic Republic.” While “a lot of blood” had been shed by Iranians, Afghans, Syrian and Iraqis in the Syrian war, Emamgholi insisted that “from a strategic point of view… if the Islamic State [group, known as Daesh or Isis] had been able to set up a government, it would have definitely attacked Iran.”

Emamgholi’s speech reflects the shifting justifications of Iranian officials over their involvement in Syria, which originally was said to be defending Shia shrines. When ‘Arab Spring’ protests began against Assad in Syria in 2010, there was no Islamic State. Subsequent Iranian media reports have illustrated the IRGC’s early involvement, even before the situation flared into a full-blown civil war.

Emamgholi played down the pressures against Iran – which include draconian United States sanctions - that have grown with its enhanced regional role. He said that while Iran’s current economic difficulties would end, “the Islamic Republic” had become popular in Iraq, Syria, Yemen and Afghanistan, a popularity that would help reach “the lofty goals of the Islamic Revolution.”

Deteriorating relations between Saudi Arabia and Iran, with the two countries severing relations in 2016, have resulted in part from taking different sides in Syria, where the Saudis have backed the mainly Sunni opposition to Assad, a long-term Iranian ally. But Emamgholi’s suggestion that the Houthis – who are fighting a Saudi-backed government in Yemen – were the only force capable of avenging the deaths of Iranian pilgrims marks an unusually blunt identification between Tehran and the Yemeni group.

City officials in Iran's capital Tehran are planning to put locks on large waste containers in the streets to prevent garbage pickers from accessing waste. END_OF_DOCUMENT_TOKEN_TO_BE_REPLACED

The Biden Administration has confirmed to the US Congress that sanction imposed by its predecessor on Iran have drastically reduced Iran's trade with the world. END_OF_DOCUMENT_TOKEN_TO_BE_REPLACED

The UK government said on Sept 20 that Britain would "not rest" until all its dual nationals being held in Iran were returned home. END_OF_DOCUMENT_TOKEN_TO_BE_REPLACED