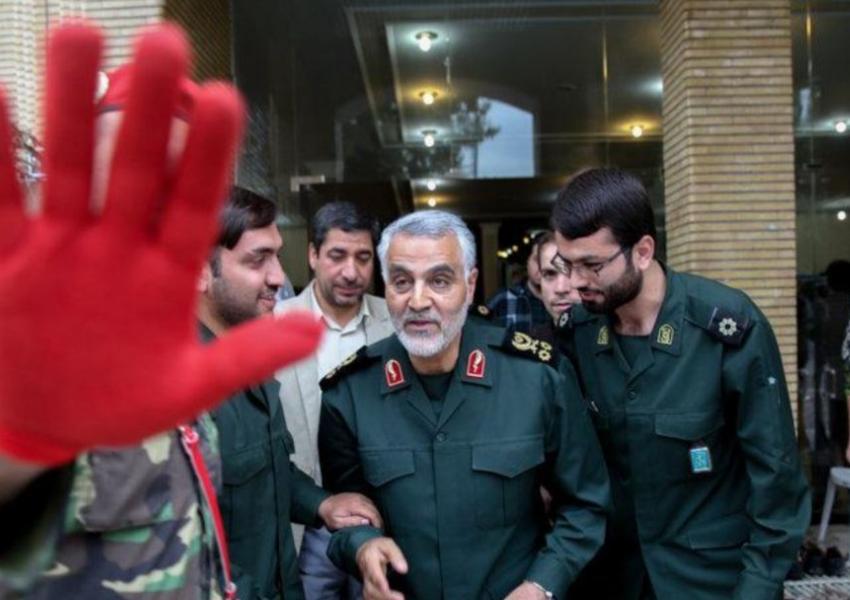 Soleimani to Iraqi officials: We know how to deal with protesters in Iran

(Associated Press) Two high-ranking Iraqi officials have told Associated Press that in a secret meeting, Qasem Soleimani, commander of the Quds Force of the Islamic Revolutionary Guard Corps (IRGC) told Iraqi security officials: “We in Iran know how to deal with protesters. The same thing happened in Iran and we got it under control.”

Sources told Associated Press that the day after the anti-government protests began in Iraq, Soleimani traveled to Baghdad over night in a helicopter and met with high-ranking Iraqi security officials in Baghdad’s Green Zone. According to the sources, the officials present in the security meeting were surprised to see Soleimani attend the meeting.

The arrival of Soleimani, the head of Iran’s elite Quds Force and the architect of its regional security apparatus, signaled Tehran’s concern over the protests, which had erupted across the capital and in Iraq’s Shiite heartland, and included calls for Iran to stop meddling in the country.

The day after Soleimani’s visit, the clashes between the protesters and security forces in Iraq became far more violent, with the death toll soaring past 100 as unidentified snipers shot demonstrators in the head and chest. Nearly 150 protesters were killed in less than a week.

According to Associated Press, during renewed protests this week, men in black plainclothes and masks stood in front of Iraqi soldiers, facing off with protesters and firing tear gas. Residents said they did not know who they were, with some speculating they were Iranians.

“All the parties and factions are corrupt, and this is connected to Iran, because it’s using them to try and export its system of clerical rule to Iraq,” Ali al-Araqi, a 35-year-old protester from the southern town of Nasiriyah told AP. Nasiriyah has seen especially violent clashes between protesters and security forces.

City officials in Iran's capital Tehran are planning to put locks on large waste containers in the streets to prevent garbage pickers from accessing waste. END_OF_DOCUMENT_TOKEN_TO_BE_REPLACED

The Biden Administration has confirmed to the US Congress that sanction imposed by its predecessor on Iran have drastically reduced Iran's trade with the world. END_OF_DOCUMENT_TOKEN_TO_BE_REPLACED

The UK government said on Sept 20 that Britain would "not rest" until all its dual nationals being held in Iran were returned home. END_OF_DOCUMENT_TOKEN_TO_BE_REPLACED