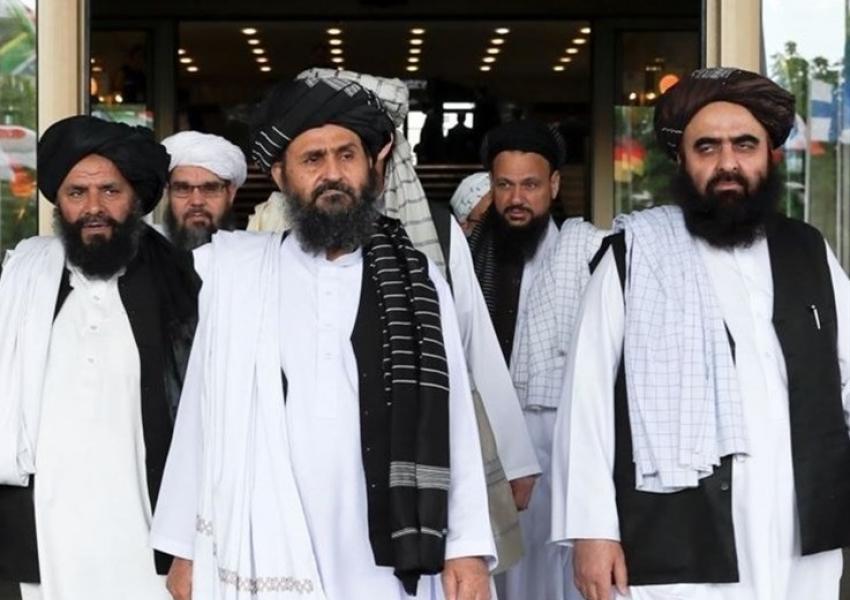 Taliban In Tehran For Talks, While Biden Team Reviews US Afghan Policy

Taliban leaders arrived in Tehran Tuesday morning [January 26] on the invitation of the Foreign Ministry, Saeed Khatibzadeh, the ministry’s spokesman confirmed.  The delegation, headed by Abdul Ghani Baradar, is in Iran for talks with officials including Foreign Minister Mohammad Javad Zarif and Mohammad Ebrahim Taherian-Fard, Iran’s special envoy for Afghanistan.

Iran has been playing a greater role in Afghan affairs as the United States has reduced its involvement, with President Donald Trump cutting the troop presence from 13,000 to 2,500. In September Trump invited the Taliban to Camp David for talks and a signing ceremony, but faced dissent within the administration and cancelled when the news leaked, using the pretext of a Taliban attack in which an American died.

Jake Sullivan, the new US National Security Advisor, on January 23 said the Biden administration would review the February 2020 deal signed by the US with the Taliban, excluding the Afghan government, in Qatar. Under the deal, the US agreed to troop withdrawals in return for the Taliban giving security guarantees, eschewing links to al-Qaeda, and committing to kickstart talks with the Afghan government. A spokesperson for the Biden administration said there was a need to assess whether the Taliban was “living up to its commitments to cut ties with terrorist groups, to reduce violence in Afghanistan, and to engage in meaningful negotiations with the Afghan government and other stakeholders.”

While Iran − given its concern over the Taliban’s anti-Shia Sunni militancy − cooperated with the American intervention in Afghanistan after the 2001 al-Qaeda attacks on New York and Washington, Tehran has in recent years demanded the departure of US troops from the region.

In August, CNN claimed US intelligence agencies had assessed that Iran had offered bounties to Taliban fighters for targeting American and coalition troops in Afghanistan. The agencies had also identified payments linked to at least six attacks carried out by the Taliban in 2019 including a suicide bombing at a US air base in December, the report said. Iran denied the allegations.

CNN also quoted a senior Trump administration that Iranian links to the Taliban were part of the justification for the strike that killed Qasem Soleimani, commander of Iran’s extraterritorial Qods Force, on January 3, 2020.

Some Iranian officials have claimed that the Taliban has evolved and no longer poses such a threat to Iran and Shia generally. “The first generation of the Taliban was reflecting brutality and violence and committed massacres against many Afghans, especially Shias,” lawmaker Ahmad Naderi was quoted by the Tehran Times on Tuesday as saying. “Certainly, the Taliban, like many other movements, has changed, and the new generation of the movement is different from the previous generation.”

But the beleaguered Afghan government is also frustrated with a failure of US support. Tehran Times on Tuesday published an interview with Afghan MP Hayatullah Alami in which he criticized the US for “putting pressure on the Afghan government…instead of restricting the Taliban…[thereby] giving them more legitimacy via giving concessions every day.”

Tasnim news agency, which is affiliated to Iran’s Revolutionary Guards, noting the arrival of the Afghan delegation, said that Iran had “expressed support for the Taliban’s participation in Afghanistan’s political structure, the process of peace under the leadership and management of Afghans, and the agreements among the participants in the intra-Afghan negotiations.”

In an interview with Afghanistan's Tolo News in December, Zarif said Iran would “surely work with the Taliban,” but that it had not mediated between the Afghan government and the Taliban, and would not “sit with them to decide about the future of Afghanistan and sign an agreement.” Zarif said that while Tehran had not removed the group from its ‘terrorism list’, it considered the Taliban “a reality in the future.

City officials in Iran's capital Tehran are planning to put locks on large waste containers in the streets to prevent garbage pickers from accessing waste. END_OF_DOCUMENT_TOKEN_TO_BE_REPLACED

The Biden Administration has confirmed to the US Congress that sanction imposed by its predecessor on Iran have drastically reduced Iran's trade with the world. END_OF_DOCUMENT_TOKEN_TO_BE_REPLACED

The UK government said on Sept 20 that Britain would "not rest" until all its dual nationals being held in Iran were returned home. END_OF_DOCUMENT_TOKEN_TO_BE_REPLACED