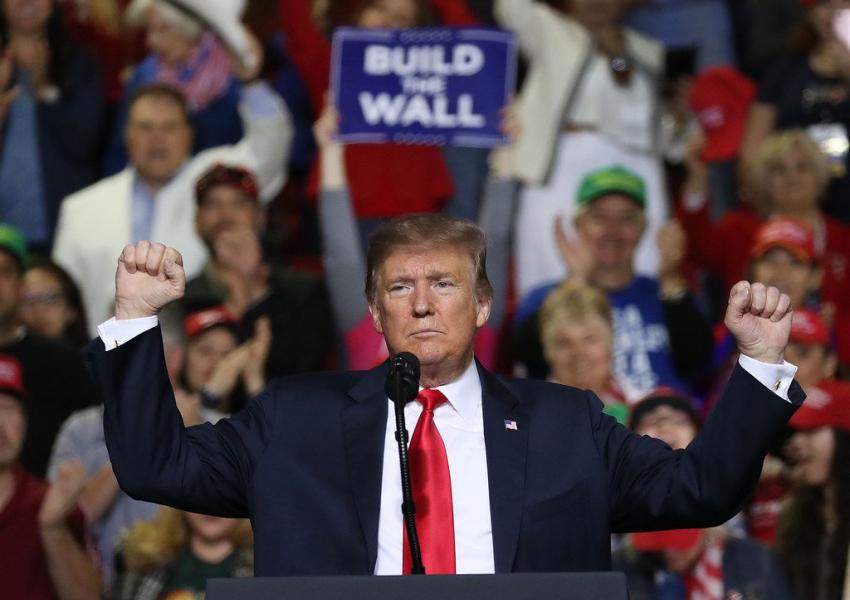 President Donald Trump said Monday that he was imposing sanctions on Iranians for violating a UN arms embargo and demanded enforcement by US allies, who roundly dispute that he has any such authority.

Trump's defiant move came on the very day that the United Nations was celebrating its 75th anniversary with a virtual summit full of calls for greater international cooperation.

The Trump administration said it was imposing sanctions on 27 individuals and entities under a UN resolution including Iran's defense ministry, its Atomic Energy Organization and Venezuela's leftist leader Nicolas Maduro, whom Washington has been trying without success to topple.

"The United States has now restored UN sanctions on Iran," Trump said in a statement.

"My actions today send a clear message to the Iranian regime and those in the international community who refuse to stand up to Iran."

The Trump administration argues that it is enforcing a UN arms embargo that Iran has violated, including through an attack on Saudi oil facilities.

The embargo on conventional arms shipments to Iran is set to expire next month after the United States failed to win support for a new UN resolution.

The Trump administration says it is "snapping back" virtually all UN sanctions on Iran lifted under a 2015 nuclear accord with Tehran negotiated by former president Barack Obama.

Trump pulled out of the deal with fanfare in 2018 and Secretary of State Mike Pompeo again on Monday called it an "abject failure."

But Pompeo argues that the United States is still a "participant" in the deal -- with the right to impose sanctions for violations -- as it was listed in the resolution that blessed Obama's diplomatic effort.

The legal argument has been rejected by almost the entire UN Security Council, with European allies of the United States saying the priority is to salvage a peaceful solution on Iran's nuclear program.

"We have made it very clear that every member state in the United Nations has a responsibility to enforce the sanctions," Pompeo told reporters when asked about European opposition.

"That certainly includes the United Kingdom, France and Germany."

A news conference to announce the move was scheduled at the very time that Iranian Foreign Minister Mohammad Javad Zarif was speaking before a leading US think tank, in an appearance denounced by the Trump administration.

Zarif told the Council on Foreign Relations that the latest effort would have no "significant impact" on his country.

"The United States has exerted all the pressure it could on Iran, it has. It had hoped that these sanctions will bring our population to the knees. It didn't," Zarif said.

The United States already slapped sweeping unilateral sanctions on Iran when Trump withdrew from the nuclear accord, at a time that UN inspectors said Tehran was in compliance with the deal that was meant to offer it economic relief.

Some observers believe Trump's real goal is to definitively kill the nuclear deal, which was staunchly supported by Joe Biden, his Democratic rival in November 3 elections.

Zarif said that Iran was not willing to renegotiate the original accord even if Biden wins.

"The United States must first prove that it's worthy of the trust that is required for its re-entry into the deal before it sets conditions," Zarif said.

City officials in Iran's capital Tehran are planning to put locks on large waste containers in the streets to prevent garbage pickers from accessing waste. END_OF_DOCUMENT_TOKEN_TO_BE_REPLACED

The Biden Administration has confirmed to the US Congress that sanction imposed by its predecessor on Iran have drastically reduced Iran's trade with the world. END_OF_DOCUMENT_TOKEN_TO_BE_REPLACED

The UK government said on Sept 20 that Britain would "not rest" until all its dual nationals being held in Iran were returned home. END_OF_DOCUMENT_TOKEN_TO_BE_REPLACED