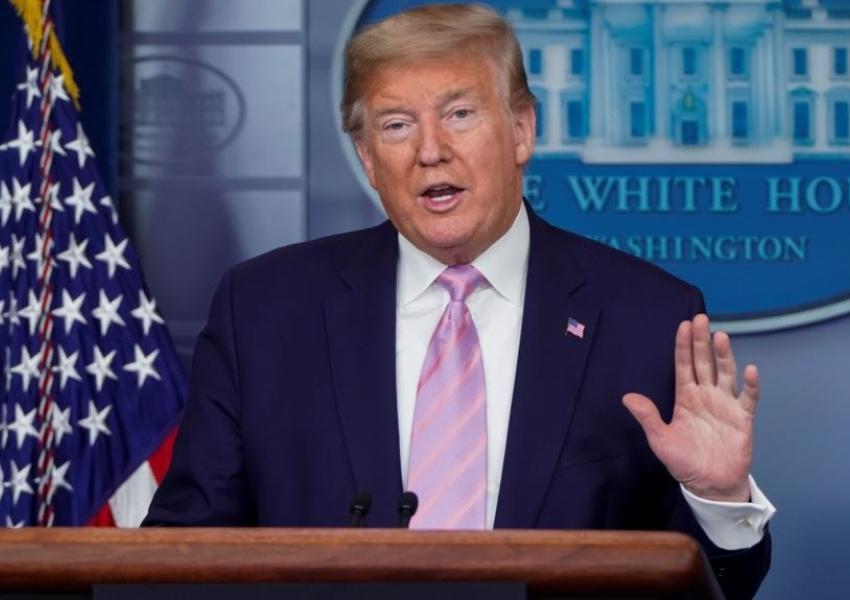 Trump: US intends to trigger "snapback" of UN sanctions on Iran

President Trump announced on Wednesday that the U.S intends to trigger the "snapback" of sanctions on Iran, only a few days after the U.N. Security Council rejected the extension of a soon-to-expire arms embargo on Iran.

"Today I am directing Secretary of State Mike Pompeo to notify the U.N. Security Council that the United States intends to restore virtually all the previously suspended United Nations sanctions on Iran," President Trump said in his press conference.

The snapback mechanism was devised as part of the 2015 nuclear deal known as the Joint Comprehensive Plan of Action (JCPoA). It would allow an individual participant of the deal to restore all UN sanctions on Tehran should it deem it to be in violation of the deal.

President Trump exited the JCPoA in 2018 but claims that under the U.N Security Council resolution 2231, the U.S reserves the rights as a participant member to trigger the snapback mechanism. President Trump has been a strong opponent of the deal and has regularly criticized former President Obama and Vice President Joe Biden.

"This deal funneled tens of billions of dollars to Iran, $150 billion to be exact plus $1.8 billion in cash, which I don't know the president had the authority to give….just another great deal that turned out to be a total disaster that would have funded all the chaos and bloodshed in the region and the world," Trump added.

This has caused disagreements among the members of the U.N Security Council.

Chinese Ambassador Zhang Jun said in a statement on Friday: "Having withdrawn from the JCPoA, the U.S. is no longer a JCPoA participant and therefore ineligible to demand the Security Council invoke a snapback.”

City officials in Iran's capital Tehran are planning to put locks on large waste containers in the streets to prevent garbage pickers from accessing waste. END_OF_DOCUMENT_TOKEN_TO_BE_REPLACED

The Biden Administration has confirmed to the US Congress that sanction imposed by its predecessor on Iran have drastically reduced Iran's trade with the world. END_OF_DOCUMENT_TOKEN_TO_BE_REPLACED

The UK government said on Sept 20 that Britain would "not rest" until all its dual nationals being held in Iran were returned home. END_OF_DOCUMENT_TOKEN_TO_BE_REPLACED