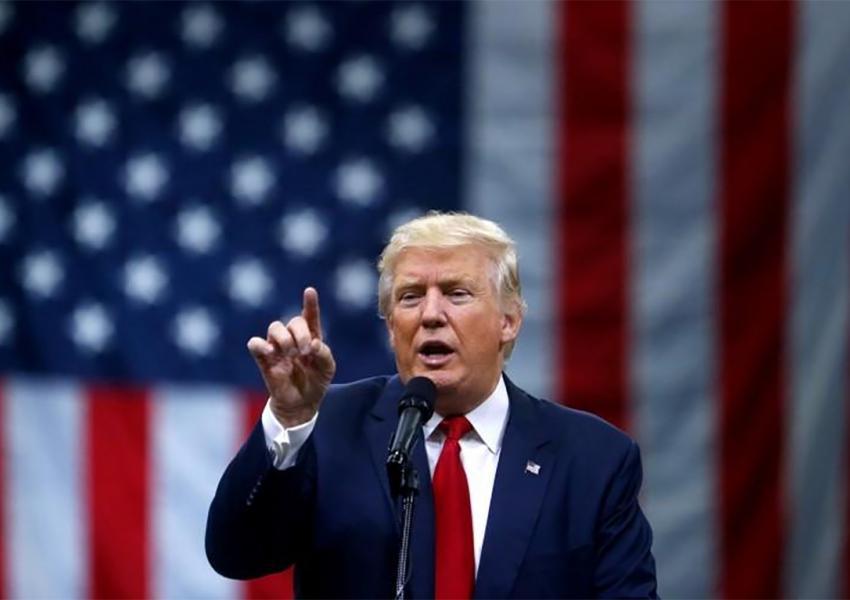 Trump: We Will Never Allow Iran To Terrorize The Rest Of The World

US President Donald Trump today issued a statement regarding his decision to restore all UN sanctions on Iran, emphasizing his administration’s commitment to preventing Iran from gaining access to new ballistic missiles and nuclear weapons.

“My Administration will never allow Iran to have a nuclear weapon, nor will we allow Iran to endanger the rest of the world with a fresh supply of ballistic missiles and conventional arms,” said Trump in his statement.

The president stated that his new Executive order will “block the property, and interests in property, in the United States of those who contribute to the supply, sale, or transfer of conventional arms to or from Iran, as well as those who provide technical training, financial support and services, and other assistance related to these arms. “

Trump added that the regime of Iran has “repeatedly lied about its secret nuclear weapons archive and denied access to international inspectors, further exposing the deep flaws of the last administration’s failed nuclear deal from which I withdrew the United States.”

He once again emphasized that the world cannot afford to sit idly by as Iran builds a nuclear weapon.

Iran has always insisted its nuclear program is for peaceful purposes and it has no intention of building nuclear weapons. But world powers in 2011 wanted to force Iran to limit its uranium enrichment and other nuclear activities andact transparently. They slapped international sanctions on the country until in 2015 Iran agreed to the Joint Comprehensive Plan of Action (JCPOA), and most UN sanctions were suspended, except an arms embargo, which is set to expire next month.

Addressing the lack of support among US allies for the sanctions on Iran, Trump stated: “My actions today send a clear message to the Iranian regime and those in the international community who refuse to stand up to Iran.  The United States will not allow the Iranian regime to further advance capabilities to directly threaten and terrorize the rest of the world.” Adding: “My Administration will use every tool at our disposal to stop Iran’s nuclear, ballistic missile, and conventional weapons pursuits.”

He concluded: “The Iranian regime must change its behavior if it hopes to provide what the Iranian people so desperately want and deserve: a thriving and prosperous Iran.”

US Ambassador to the UN Kelly Craft also released a statement regarding sanctions against Iran and the lack of support from the US allies.

In defense of Washington's decision to unilaterally push the sanctions through, Craft stated: We don’t need a cheering section to validate our moral compass. We do not find comfort based solely on numbers – particularly when the majority has found themselves in an uncomfortable position of underwriting terrorism, chaos, and conflict. We refuse to be members of that club.

“The United States is a force for good in the world. We led the creation of the multilateral system we know today and we remain its largest funder. But as I have said repeatedly: when it fails, we will not,” Craft continued.

City officials in Iran's capital Tehran are planning to put locks on large waste containers in the streets to prevent garbage pickers from accessing waste. END_OF_DOCUMENT_TOKEN_TO_BE_REPLACED

The Biden Administration has confirmed to the US Congress that sanction imposed by its predecessor on Iran have drastically reduced Iran's trade with the world. END_OF_DOCUMENT_TOKEN_TO_BE_REPLACED

The UK government said on Sept 20 that Britain would "not rest" until all its dual nationals being held in Iran were returned home. END_OF_DOCUMENT_TOKEN_TO_BE_REPLACED