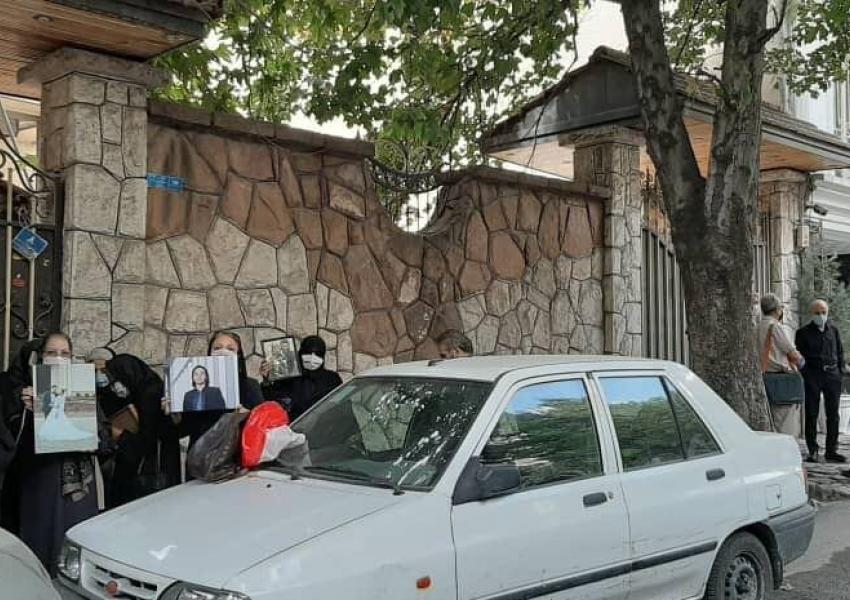 Ukrainian Ambassador to Tehran: We remained silent on Rouhani’s request

Sergey Burdylyak, the Ukrainian ambassador to Iran, told a group of family members of the victims of Flight PS752 that the Ukrainian authorities were aware of the cause of the crash within hours, but the Iranian president had asked them to remain silent.

"Hassan Rouhani promised Ukrainian officials that Iran would announce the plane crashed following the Revolutionary Guards’ missile but did not fulfill his promise promptly," Ukrainian Ambassador said during the meeting on Tuesday.

It took the Iranian government officials three days to confirm that the crash had been caused by a Revolutionary Guards' missile. In the first two days, they blamed it on accident.

Responding to the victims’ families who had gathered in front of the Ukrainian embassy in Tehran, Sergey Burdylyak said: "I arrived at the scene with a team of Ukrainian experts an hour after the crash; the remains of the missile convinced us that a missile had hit the plane."

The Revolutionary Guards’ missile shot down Tehran-Kiev Flight on January 8, 2020 in the skies of Tehran, killing all the 176 passengers on board.

Now the victims’ families have three specific requests; they want to know "the reason behind the firing order", "the reason for the flight’s one-hour delay" and "the details of the reading of the black box in France ».

Iranian Aviation Organization published a report on Sunday announcing: "No sound was heard from the passenger cabin and the way the flight crew spoke and reacted was a sign of their physical health at the time."

Hamed Esmaeilion, an Iranian writer who lost his wife and child on the flight, appealed to other parties of the case in Twitter to respond to the Iranian report and help "discover the truth."

City officials in Iran's capital Tehran are planning to put locks on large waste containers in the streets to prevent garbage pickers from accessing waste. END_OF_DOCUMENT_TOKEN_TO_BE_REPLACED

The Biden Administration has confirmed to the US Congress that sanction imposed by its predecessor on Iran have drastically reduced Iran's trade with the world. END_OF_DOCUMENT_TOKEN_TO_BE_REPLACED

The UK government said on Sept 20 that Britain would "not rest" until all its dual nationals being held in Iran were returned home. END_OF_DOCUMENT_TOKEN_TO_BE_REPLACED