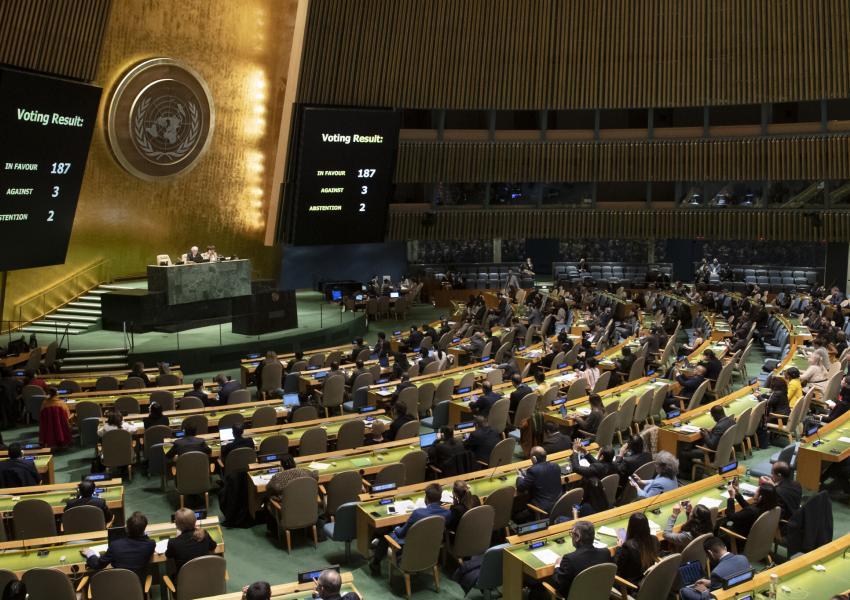 Arbitrary arrests, execution of children, torture, and violation of the rights of minorities are among the examples of Human Rights violations in Iran mentioned in the UN General Assembly resolution. The resolution also mentions the persecution and harassment of journalists and restrictions on the media.

The UN General Assembly also urges Iran to respect the rights and freedoms of the religious and ethnic minorities and end its discrimination against women.

Iraq, Afghanistan, Pakistan, Armenia, Lebanon, China, and India are among the countries that voted against the resolution to condemn Human Rights violations in Iran.

Israel, Saudi Arabia, Bahrain, UAE, along with Western and European countries. Israel’s representative had previously stated that there are many other examples of Human Rights violations that have not been addressed in the resolution, such as the violations of the rights of refugees and LGBTs.

UN General Assembly resolutions are symbolic and have no executive guarantee.

City officials in Iran's capital Tehran are planning to put locks on large waste containers in the streets to prevent garbage pickers from accessing waste. END_OF_DOCUMENT_TOKEN_TO_BE_REPLACED

The Biden Administration has confirmed to the US Congress that sanction imposed by its predecessor on Iran have drastically reduced Iran's trade with the world. END_OF_DOCUMENT_TOKEN_TO_BE_REPLACED

The UK government said on Sept 20 that Britain would "not rest" until all its dual nationals being held in Iran were returned home. END_OF_DOCUMENT_TOKEN_TO_BE_REPLACED