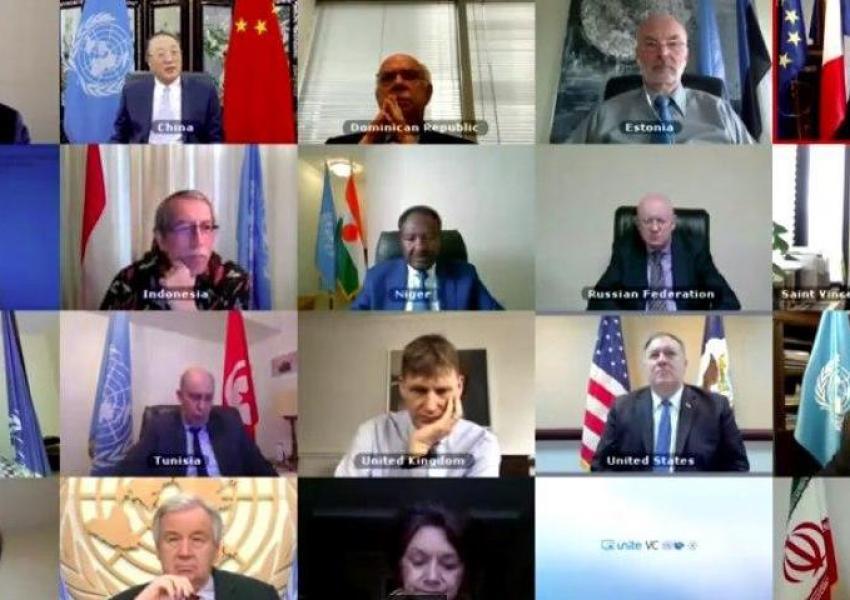 In Tuesday’s UN Security Council meeting on Iran’s return to JCPOA and Iran’s weapons’ embargo, representatives of the US and Europe expressed concerns about the Islamic Republic’s military and nuclear activities and asked Iran to return to compliance with the nuclear deal (JCPOA).

The EU representative emphasized that the JCPOA must be maintained, and expressed support for the IAEA, saying the IAEA is instrumental in finding the truth about Iran.

The IAEA previously reported that Iran has violated all the terms of the JCPOA, and it does not allow IAEA inspectors to visit two nuclear sites.

U.S Secretary of State Mike Pompeo supported the EU position and said the Security Council must hold Iran accountable and extend the weapons embargo on Iran.

“Renewing the embargo will exert more pressure on Tehran to start to behave like a normal nation,” Pompeo said. “The world needs this to happen. The long-suffering Iranian people need it to happen.”

“Iran will hold a sword of Damocles over the economic stability of the Middle East, endangering nations like Russia and China that rely on stable energy prices," he added.

Pompeo continued: “Iran is already violating the arms embargo even before its expiration date. Imagine if Iranian activity were authorized by this group if the restrictions are lifted.”

Representatives of China and Russia opposed the extension of the weapons embargo on Iran suggested by the US.

City officials in Iran's capital Tehran are planning to put locks on large waste containers in the streets to prevent garbage pickers from accessing waste. END_OF_DOCUMENT_TOKEN_TO_BE_REPLACED

The Biden Administration has confirmed to the US Congress that sanction imposed by its predecessor on Iran have drastically reduced Iran's trade with the world. END_OF_DOCUMENT_TOKEN_TO_BE_REPLACED

The UK government said on Sept 20 that Britain would "not rest" until all its dual nationals being held in Iran were returned home. END_OF_DOCUMENT_TOKEN_TO_BE_REPLACED