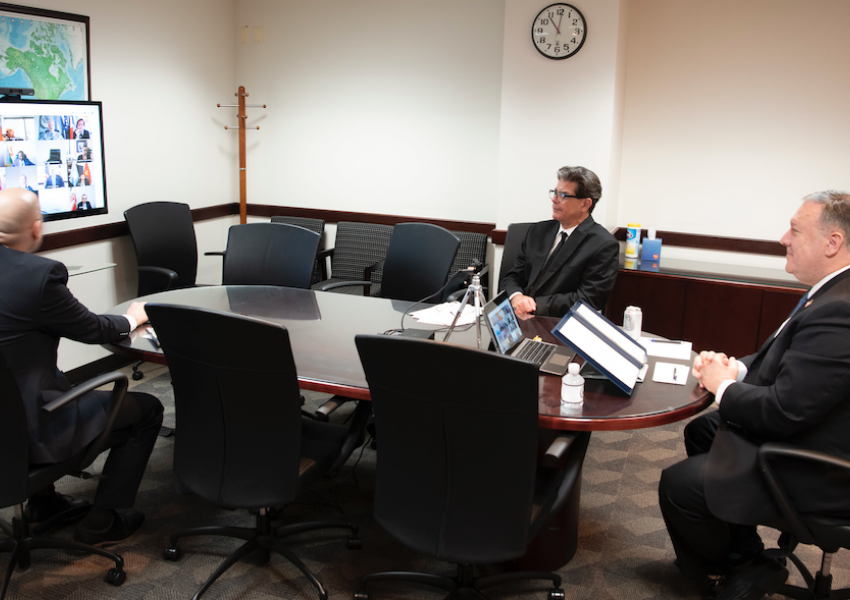 The U.S Security Council has rejected the draft of the resolution suggested by the U.S to extend the arms embargo on Iran, said U.S Secretary of State Mike Pompeo.

Pompeo stated: The Security Council “rejected a reasonable resolution to extend the 13-year old arms embargo on Iran and paved the way for the world’s leading state sponsor of terrorism to buy and sell conventional weapons without specific UN restrictions in place for the first time in over a decade.”

On Friday, Secretary Pompeo condemned the U.S Security Council’s rejection of the resolution for extending the arms embargo on Iran.

Pompeo said: “The Security Council’s failure to act decisively in defense of international peace and security is inexcusable.”

According to the reports, the U.N Security Council rejected the resolution to extend Iran’s arms embargo with two votes for the resolution by U.S and Dominican Republic, 11 abstentions, and two against by Russia and China.

“We will work to ensure that the theocratic terror regime does not have the freedom to purchase and sell weapons,” Pompeo added.

US Ambassador to the United Nations Kelly Craft said in a statement: “In the coming days, the United States will follow through on that promise to stop at nothing to extend the arms embargo,”

City officials in Iran's capital Tehran are planning to put locks on large waste containers in the streets to prevent garbage pickers from accessing waste. END_OF_DOCUMENT_TOKEN_TO_BE_REPLACED

The Biden Administration has confirmed to the US Congress that sanction imposed by its predecessor on Iran have drastically reduced Iran's trade with the world. END_OF_DOCUMENT_TOKEN_TO_BE_REPLACED

The UK government said on Sept 20 that Britain would "not rest" until all its dual nationals being held in Iran were returned home. END_OF_DOCUMENT_TOKEN_TO_BE_REPLACED