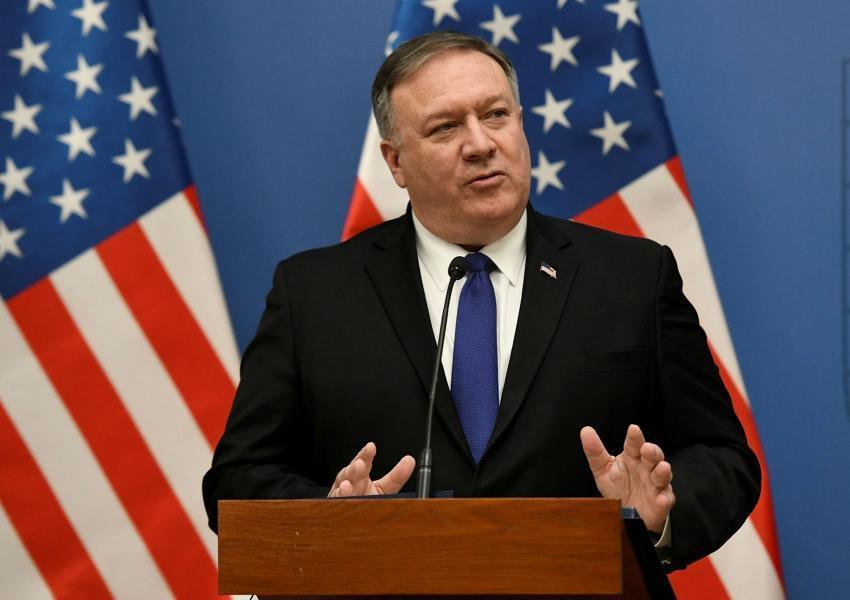 US: Iran sanctions to be restored on September 20

US Secretary of State Mike Pompeo has announced that following the snapback mechanism, “all UN sanctions against Iran” will return on September 20.

“Last week, the U.S. triggered the 30-day process to restore virtually all UN sanctions on Iran after the Security Council failed to uphold its mission to maintain international peace and security. These sanctions will snap back at midnight GMT on September 20,” Pompeo wrote on his Twitter account on Thursday.

"If any member of the UN Security Council introduces a resolution to continue sanctions relief, the U.S. will oppose it,” the secretary of state wrote in another tweet. “If no resolution is introduced, the sanctions on Iran will still return on September 20. That’s how UNSCR 2231 works.”

The current chair of the UN Security Council had previously stated that given the "disagreement" between its members over the return of the sanctions, the Council is not in a position to act on Washington's request.

“The Trump administration has no fear in standing in limited company on this matter,” US Ambassador to the United Nations Craft said in response to the remarks.

“I only regret that other members of this council have lost their way and now find themselves standing in the company of terrorists" she added.

Some officials of the Islamic Republic have threatened to leave the Nuclear Deal if the snapback mechanism is triggered. However, Iranian Foreign Minister and the President have said that the United States cannot reinstate the sanctions due to its withdrawal from the Deal.

Previous UN sanctions against Iran had been lifted after signing the Nuclear Deal and UN Security Council Resolution 2231.

City officials in Iran's capital Tehran are planning to put locks on large waste containers in the streets to prevent garbage pickers from accessing waste. END_OF_DOCUMENT_TOKEN_TO_BE_REPLACED

The Biden Administration has confirmed to the US Congress that sanction imposed by its predecessor on Iran have drastically reduced Iran's trade with the world. END_OF_DOCUMENT_TOKEN_TO_BE_REPLACED

The UK government said on Sept 20 that Britain would "not rest" until all its dual nationals being held in Iran were returned home. END_OF_DOCUMENT_TOKEN_TO_BE_REPLACED