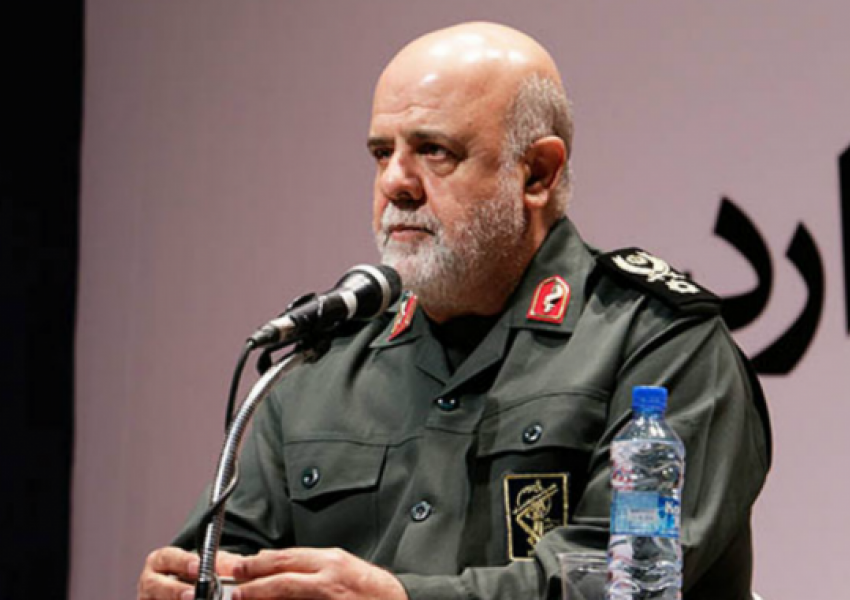 US Sanctions Iran’s Ambassador To Iraq

The US Treasury Department today sanctioned Iran’s ambassador to Iraq and a general in the Quds Force of the Islamic Revolution Guards Corps (IRGC) Iraj Masjedi.

The statement released by the US Treasury Department on Thursday says Masjedi, a close advisor to the former Commander of the Quds Force, Qassem Soleimani, was sanctioned for acting for or on behalf of the IRGC.

The statement goes on to say that in his decades of service with the group, Masjedi has overseen a program of training and support to Iraqi militia groups, and he has directed or supported groups that are responsible for attacks that have killed and wounded U.S. and coalition forces in Iraq. “In his current capacity, Masjedi has exploited his position as the Iranian regime’s ambassador in Iraq to obfuscate financial transfers conducted for the benefit of the IRGC’s Quds Force,” the statement continues.

US Secretary of Treasury Steve Mnuchin said: “The Iranian regime threatens Iraq’s security and sovereignty by appointing IRGC-QF officials as ambassadors in the region to carry out their destabilizing foreign agenda.”

He promised that the United States will continue to employ the tools and authorities at its disposal to target the Iranian regime and IRGC-QF officials that attempt to meddle in the affairs of sovereign nations, including any attempts to influence US elections.

Iran’s ambassador to Iraq since 2017, Masjedi has publicly admitted the Quds Force’s role in special operations and the training of militia groups in Iraq, Syria, and beyond. He claims credit for organizing and supporting regional militias to advance Iran’s interests throughout the Middle East an enterprise that has spawned untold destruction and corruption, robbing Iraq of a stable, prosperous future.

In the decades prior to his ambassadorial appointment, Masjedi was a senior figure overseeing IRGC’s Quds Force activities in Iraq, which included attacks targeting the US and coalition personnel, as well as kidnappings and the assassination of Iraqi provincial officials who sought to curb Iranian influence in Iraq.

City officials in Iran's capital Tehran are planning to put locks on large waste containers in the streets to prevent garbage pickers from accessing waste. END_OF_DOCUMENT_TOKEN_TO_BE_REPLACED

The Biden Administration has confirmed to the US Congress that sanction imposed by its predecessor on Iran have drastically reduced Iran's trade with the world. END_OF_DOCUMENT_TOKEN_TO_BE_REPLACED

The UK government said on Sept 20 that Britain would "not rest" until all its dual nationals being held in Iran were returned home. END_OF_DOCUMENT_TOKEN_TO_BE_REPLACED