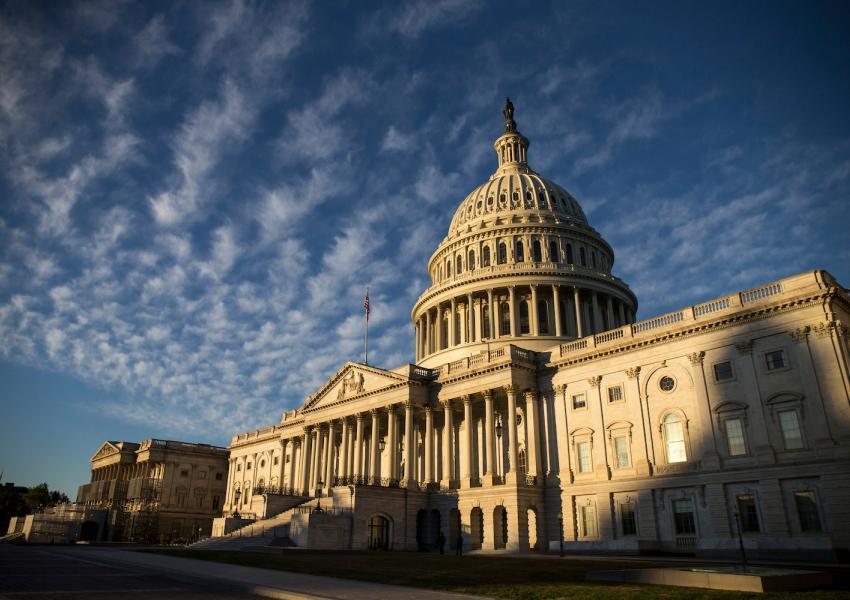 The U.S Senate on Thursday passed a bipartisan resolution limiting President Trump’s authority to attack Iran without the approval of congress. 55 senators voted for the resolution and 45 voted against it.

Kaine emphasized: “While Trump and other presidents must always have the ability to defend the United States from imminent attack, the executive power to initiate war stops there. An offensive war requires a congressional debate and vote.''

Republican Senator Mike Lee who supported the resolution explained: “What the American people and the entire world will see from the debate we're about to have in the Senate is that there is abundant support for the United States taking tough positions with regard to Iran.”

"As part of that, we want to make sure that any military action that needs to be authorized is in fact properly authorized by Congress. That doesn't show weakness. That shows strength,” Lee continued.

President Trump had previously argued against the resolution and stated in two tweets: “We are doing very well with Iran and this is not the time to show weakness. Americans overwhelmingly support our attack on terrorist Soleimani.'' He added: “If my hands were tied, Iran would have a field day," he added. "Sends a very bad signal. The Democrats are only doing this as an attempt to embarrass the Republican Party. Don't let it happen!”

City officials in Iran's capital Tehran are planning to put locks on large waste containers in the streets to prevent garbage pickers from accessing waste. END_OF_DOCUMENT_TOKEN_TO_BE_REPLACED

The Biden Administration has confirmed to the US Congress that sanction imposed by its predecessor on Iran have drastically reduced Iran's trade with the world. END_OF_DOCUMENT_TOKEN_TO_BE_REPLACED

The UK government said on Sept 20 that Britain would "not rest" until all its dual nationals being held in Iran were returned home. END_OF_DOCUMENT_TOKEN_TO_BE_REPLACED