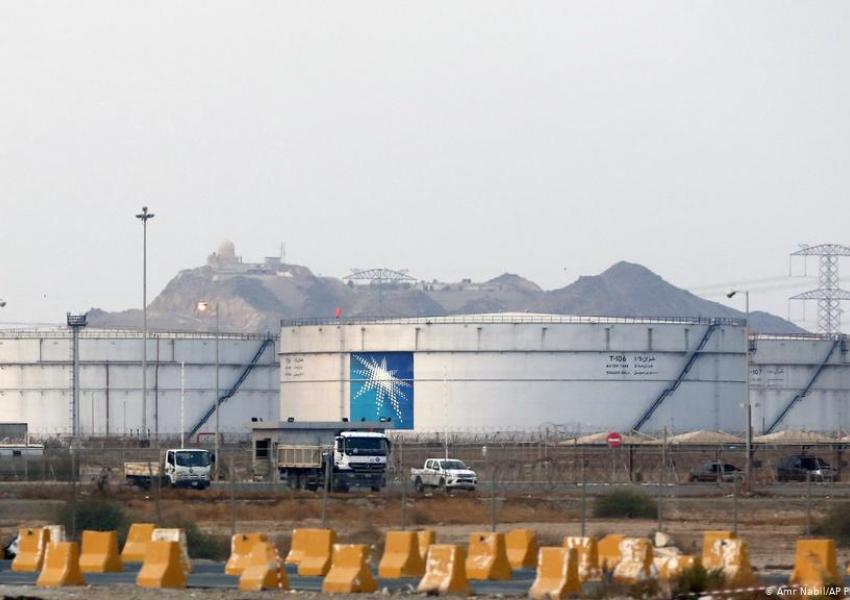 US State Department strongly condemned the attacks by the Iran-aligned Houthis of Yemen that struck a Saudi Arabian Aramco oil facility in Jizan as “clear provocation meant to perpetuate the conflict.”

On Thursday, March 25, the Energy Ministry of Saudi Arabia announced that a missile has hit a petroleum distribution terminal in Jizan, causing a fire in one of the reservoirs.

The attack was in addition to the drone attacks by the Iran-backed Houthis on civilian areas in Saudi Arabia, which were intercepted and destroyed according to a report by the Saudi-led coalition forces.

The statement by the US State Department says the attack comes days after the Kingdom of Saudi Arabia and the Republic of Yemen announced a commitment to reach a ceasefire and engage in UN-led peace talks.

“The actions by the Houthis are a clear provocation meant to perpetuate the conflict. This is the latest in a series of Houthi attempts to disrupt global energy supplies and threatens civilian populations,” the statement adds.

It went on to say that the US calls on all parties of the Yemen conflict to uphold the ceasefire and engage in negotiation in conjunction with UN and US special representatives.

“The Houthis’ actions are prolonging the suffering of the Yemeni people and jeopardizing peace efforts at a critical moment when the international community is increasingly united behind a ceasefire and a resolution of the conflict,” the US State Department concluded.

The spokesperson for Houthis, Yahya Saree claimed the extent of the Iran-backed group’s attack was broader than what was reported. He claimed that Houthis used 18 drones and eight ballistic missiles in their attack on Thursday.

Saudi Arabian Defense Ministry in response to the attack said the attack on the oil distribution terminal in Jizan and attempted attacks on civilians confirms that Iran makes the political and military decisions for Houthis and they have rejected Saudi Arabia’s initiative to end the crisis in Yemen. Saudi Arabia asked the international community to take a strong stance in order to stop these attacks.

The Organization of Islamic Cooperation and the [Persian] Gulf Cooperation Council have both released statements condemning the Houthi attack on Saudi Arabia. Bahrain and the United Arab Emirates had previously condemned the attacks.

Iran has supported the Houthis of Yemen financially and militarily since the beginning of the civil war in that country. It was revealed during the Trump administration that the drones and ballistic missiles used by Houthis were produced by Iran.

City officials in Iran's capital Tehran are planning to put locks on large waste containers in the streets to prevent garbage pickers from accessing waste. END_OF_DOCUMENT_TOKEN_TO_BE_REPLACED

The Biden Administration has confirmed to the US Congress that sanction imposed by its predecessor on Iran have drastically reduced Iran's trade with the world. END_OF_DOCUMENT_TOKEN_TO_BE_REPLACED

The UK government said on Sept 20 that Britain would "not rest" until all its dual nationals being held in Iran were returned home. END_OF_DOCUMENT_TOKEN_TO_BE_REPLACED