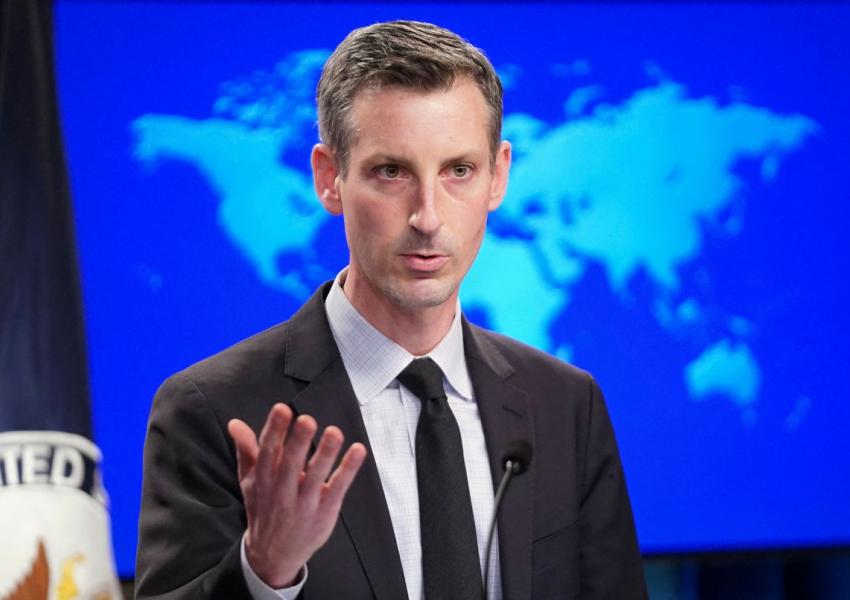 The US States Department Spokesman Ned Price warned the Islamic Republic officials on Wednesday that the United States’ patience with Iran on returning to discussions over the 2015 nuclear deal is "not unlimited.”

Price told the reporters that the United States’ “patience is not unlimited”, but the Biden administration still believes the most effective way for making sure Iran will not acquire nuclear weapons is through diplomacy.

He expressed the United States’ full support for the UN nuclear watchdog’s fact-finding efforts in Iran, and claimed Iran’s nuclear program has expanded in some areas compared to 2018 when the United States unilaterally left the nuclear deal.

Iran has not formally responded to a US offer last week to talk with Iran in a joint meeting with other parties that negotiated the 2015 deal, also known as the Joint Comprehensive Plan of Action (JCPOA).

Price also said that Iran's moves away from compliance with the 2015 agreement's restrictions on its nuclear activities made the issue an "urgent challenge" for the United States.

The International Atomic Energy Agency (IAEA) announced in its most recent report that Iran’s stockpile of uranium enriched to 20 percent purity has reached 17.6 kg and its full stockpile of enriched uranium has passed 2,967 kg which is 14 times the limit set under the 2015 nuclear deal. The recent report by the IAEA also emphasized that the explanations offered by Iran regarding the enriched uranium traces in the Turquzabad facility are not credible from a technical standpoint.

Responding to an inquiry about Iran’s $7 billion frozen funds in South Korea, Price emphasized that these funds will only be released after deliberation with the US and Washington is in contact with Seoul about this matter.

President Biden had promised to return to JCPOA if Iran returns to full compliance, but since then his European allies have changed their tunes on the deal. France and Germany, two parties of the JCPOA both have stated that the 2015 accord is not enough anymore, and a new deal must be made where other countries of the Middle East Including Saudi Arabia and Israel are also involved.

Germany’s foreign minister Heiko Maas has urged Tehran to accept diplomatic gestures coming from the West if the Islamic Republic wants to preserve the JCPOA, and accused Tehran of further undermining the transparency it is required to show under the nuclear deal, after Iran began restricting international inspections of its nuclear facilities Tuesday.

With reporting by Reuters, Ap

City officials in Iran's capital Tehran are planning to put locks on large waste containers in the streets to prevent garbage pickers from accessing waste. END_OF_DOCUMENT_TOKEN_TO_BE_REPLACED

The Biden Administration has confirmed to the US Congress that sanction imposed by its predecessor on Iran have drastically reduced Iran's trade with the world. END_OF_DOCUMENT_TOKEN_TO_BE_REPLACED

The UK government said on Sept 20 that Britain would "not rest" until all its dual nationals being held in Iran were returned home. END_OF_DOCUMENT_TOKEN_TO_BE_REPLACED