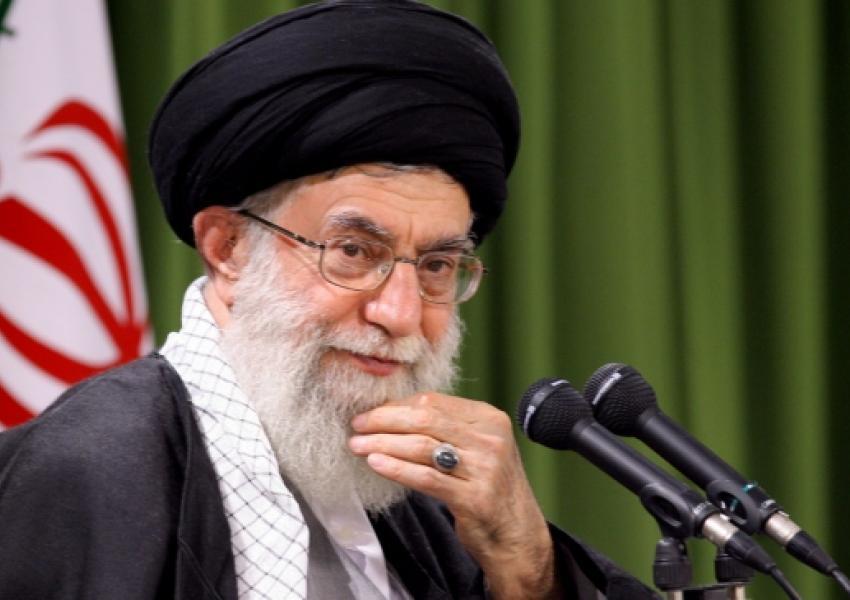 Who Should be Ashamed of their Government? Americans or Iranians?

In the final part of his recent speech on the occasion of the 32nd anniversary of Ayatollah Khomeini's death, Ali Khamenei, the Supreme Leader of the Islamic Republic of Iran strongly attacked the policies of the US administration.

Commenting on the spread of the Coronavirus and the murder of George Floyd, Khamenei accused the United States of corruption, bribery, and blatant human rights abuses in Minneapolis. “They couldn't and they can't manage [the Coronavirus], because of the corrupting nature of the American government,” he said. “This is the how they administer people, this is how they treat people; They kill people and commit obvious crimes, and they do not apologize; At the same time, they talk about human rights! Apparently, the black man who was killed there was not humane and had no rights.”

Khamenei added: "American people feel ashamed of the American government today. Those Iranians, both inside and outside of Iran, who supported and defended the United States and embellished it, they should be ashamed now."

Khamenei’s comments on corruption, violence, and killings in the United States should be set aside the fact that after nearly seven months since the popular protests in November 2019, no real figures have been released on the number of victims and no one has been held accountable by the government and no apology by an official has been released. Basically, the severity of the violence and the dimensions of the tragedy of November 2019 in Iran were so terrible that for the following reasons it cannot be compared to the events of May 2020 in the United States:

Although blacks make up only 13 percent of American society, there are many who play a key role in the country's economy and politics. But in Iran, despite repeated criticism, very few high-level managerial positions belong to Sunnis, even though they make up at least 10 percent of the population.

While the population of Sunnis in Iran is not very dense, they are scattered in 15 provinces, which make up half of the country. Since most Iranian Sunnis are of different ethnicities, such as Turks, Kurds, and Baluchis, the government's treatment of them is indirectly considered a form of ethnic and racial discrimination as well.

Khamenei condemns racism against blacks in the United States, while his Islamic Jurist (Velayat-e-Faqih) system discriminates openly against Iranian citizens and their Sunni peers, who make up 90 percent of the world's Muslims. The Islamic Republic is aware of the minority status of Shiites in the world ( they make up only 10 to 20 percent of the world's Muslims); yet, it introduces itself as the ‘Mother of the Cities’ in the Islamic world.

Also, while Khamenei expresses his resentment of racism in the United States, our Sunni brothers in Tehran are not even allowed to have a mosque.

From Iran’s Miraculous Control of the Coronavirus to the US Scandal in its management!

The leader of the Islamic Republic of Iran accuses the US of the corruption scandal in controlling Corona, but in reality, the Islamic Republic has had one of the worst administrations at the beginning of the outbreak of the virus. Besides, although Trump's ineffectiveness in dealing with Corona is not hidden from anyone, Khamenei is well aware that the government’s keeping the true number of casualties as a secret is far worse than the inefficiency of Americans in dealing with it. With all its misconceptions about Covid-19, the US government has never been able to cover up the horrific statistics of more than 100,000 victims of the virus; something that is clearly happening in Iran.

Khamenei blames the US for not using the experience of other countries to prevent the number of casualties from rising. Not only did Iran not learn a lesson from the Corona outbreak in China in January, but it continued its flights to and from China and became the center of the pandemic in Asia, and thousands of Iranians fell victim to the regime’s inefficiency and lies.

Institutional racism is certainly condemned in the United States, but what is ridiculous is the mockery of the Trump administration by a regime that is itself one of the worst examples of tyranny and repression. However, because of their disgrace in controlling the protesters, the US will no longer be in a position to condemn the inhumane acts of a government that does much worse, like Iran, in the name of human rights.

City officials in Iran's capital Tehran are planning to put locks on large waste containers in the streets to prevent garbage pickers from accessing waste. END_OF_DOCUMENT_TOKEN_TO_BE_REPLACED

The Biden Administration has confirmed to the US Congress that sanction imposed by its predecessor on Iran have drastically reduced Iran's trade with the world. END_OF_DOCUMENT_TOKEN_TO_BE_REPLACED

The UK government said on Sept 20 that Britain would "not rest" until all its dual nationals being held in Iran were returned home. END_OF_DOCUMENT_TOKEN_TO_BE_REPLACED