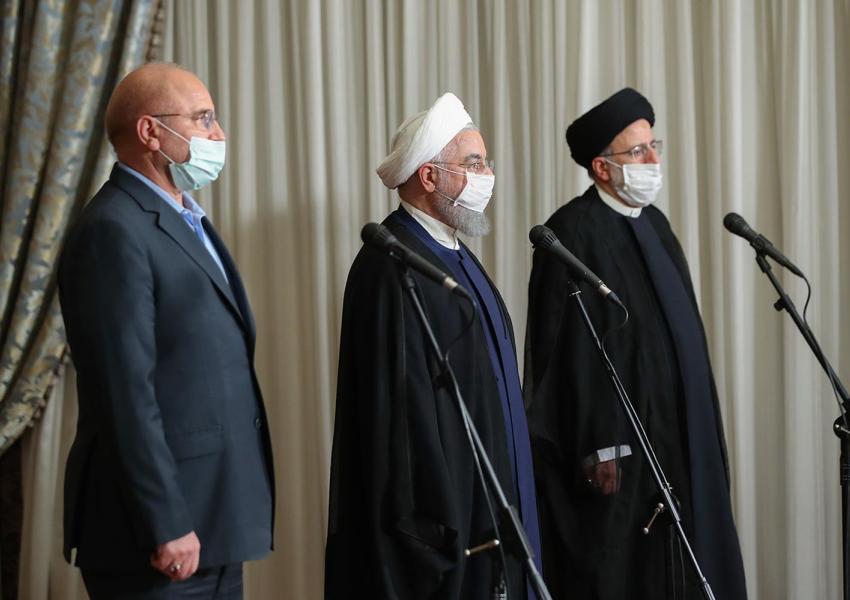 Hamid Reza Aboutalebi was Rouhani's first choice as Iran's envoy to the United Nations in New York in 2013, but the United States rejected his credentials for his involvement in taking US diplomats hostage in Tehran in 1979.

Referring to a statement by Ali Rabiei, Rouhani’s spokesman on Tuesday, Aboutalebi said that talks to revive the 2015 nuclear agreement might have to start from the beginning under Raisi’s hardline administration. Rabiei announced in a press briefing that the Supreme National Security Council has rejected a preliminary agreement reached in multilateral talks in Vienna, that adjourned in June with no clear sign of when they will resume.

Aboutalebi told Entekhab news website, close to the Rouhani administration, that the statement by Rabiei about the SNSC's rejection has put an end to six months of negotiations, adding that the Raisi administration will have to start the talks from the very beginning.

He said the United States is now building an international consensus against Tehran as a means of pressure and Iran is losing time when it needs to work on lifting US sanctions and rescue its beleaguered economy.

Intense protests in Iran's oil-rich region in the past six days puts added pressure on the state to rescue the economy.

Aboutalebi added that even if the new administration is interested in negotiations with the United States, it is not clear how long it will take to conduct new talks and if they will be successful.

Meanwhile, in an interview with Khabar Online website, Majid Reza Hariri the Chairman of the Sino-Iranian Chamber of Commerce said under the circumstances, he does not expect the Raisi administration to work a miracle to rescue Iran’s economy as without an agreement about the JCPOA, Iran's skyrocketing inflation cannot be harnessed.

A few Iranian economists also carefully reminded Raisi during a meeting last week that the economy is not going to recover without lifting of sanctions, but none dared to mention the main problem with the economy - openness to the world.

Hariri told Khabar Online that Iran's new foreign policy should serve its economic interests, adding that Raisi needs a foreign policy and an economic team that speaks in one voice and believes in the importance of foreign policy in lifting the sanctions on Iran's international banking and oil export.

The team needs to have detailed plans and accurate priorities and work based on a timetable in order to reduce inflation. Raisi needs to work with economists at his Planning and Budget Organization, and his team at the Ministry of Industry needs to be well versed. Raisi’s economic team needs to avoid populism.

He added: "It is not important in what ideology Raisi's team members believe. What is important is that their performance should lead to a reduction in inflation. Everyone knows that the key problem in Iran is uncontrolled inflation that leads to high liquidity. Shedding money at every problem will cause inflation."

Asked if there will be an economic breakthrough without an agreement on the JCPOA,  Hariri said: "Whatever we do, our foreign policy needs to lead to lower inflation. Same time next year, we will find out if the foreign policy has been successful by looking at the inflation rate."

He warned that “unfortunately” everything in Iran is at the service of factional politics. This is a big flaw. Officials are chosen based on their political affiliation rather than their expertise. Coalitions win elections and turn into joint stock companies and every stakeholder is looking for a share of political power.

Iran's president Ebrahim Raisi addressed the UN General Assembly saying his country wants a resumption of nuclear talks with world powers to lead to the removal of US sanctions. END_OF_DOCUMENT_TOKEN_TO_BE_REPLACED

President Joe Biden told the UN General Assembly on September 21 that he will prevent Iran from getting nuclear weapons. END_OF_DOCUMENT_TOKEN_TO_BE_REPLACED

India has seized nearly three tons or $2.72 billion worth of Afghan heorin shipped from Iran. END_OF_DOCUMENT_TOKEN_TO_BE_REPLACED

Iran's foreign ministry spokesman has said that nuclear talks with world powers will start in a few weeks but has not given a firm date. END_OF_DOCUMENT_TOKEN_TO_BE_REPLACED