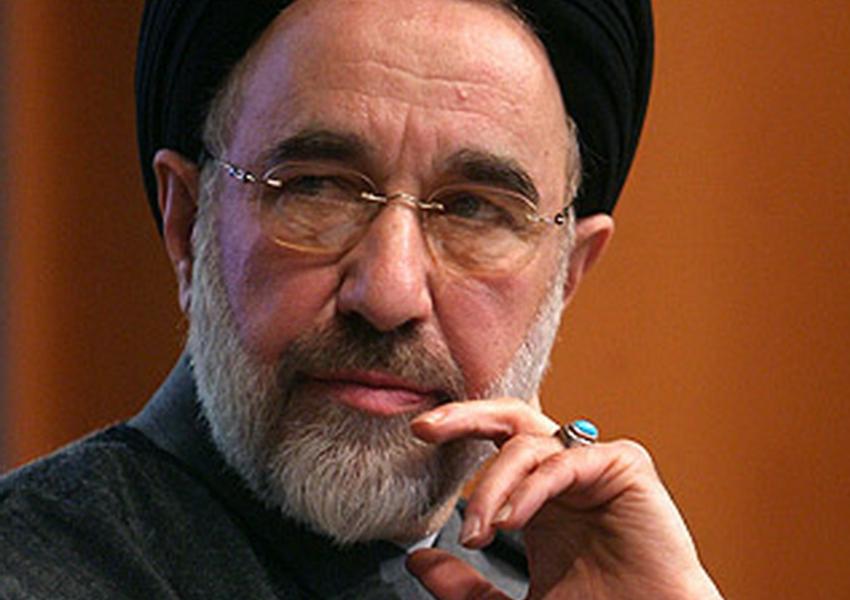 As the Islamic Republic gets closer to its presidential vote in June, former reformist president (1997-2005) Mohammad Khatami last week called on all politicians inside and outside the government to apologize to the nation for shortcomings they have not done anything to address.

Khatami, who was elected with a landslide in 1997 by voters tired of social and political restrictions, was not allowed in his eight years as president to institute lasting reforms and in 2005 he ended his second term giving way to conservative Mahmoud Ahmadinejad.

Khatami who has been banned from all media in Iran since 2017, released a recorded message offering his own apologies for "failing to do what he could do but did not.”

Meanwhile, he also called on those "with powers and no responsibility," possibly meaning Supreme Leader Ali Khamenei, to apologize to the nation.

In the video message published on the Iranian New Year Khatami called on officials to hold a free and fair election. During the past months, many reformists have expressed concern that the regime may not allow any well-known reformist figures to run for president in June.

Khatami also said in the video that the best apology would be a change in the government's policies. He called on the regime "to hold an election in which people can elect whoever they wish.” The Islamic Republic only allows people who are fully loyal to the Supreme Leader to run for president. It is not clear if Khatami meant to open up the election for everyone, including the opposition, or everyone loyal to the regime, meaning reformists.

The hardline Guardian Council which operates under Khamenei's guidance has seriously limited the choice of candidates and barred former members of parliament and even former Presidents Akbar Hashemi Rafsanjani and Mahmoud Ahmadinejad from running.

Recently Khatami sent a 37-page letter to Khamenei asking for policy changes. However, hardline newspaper Kayhan, funded by Khamenei's office wrote that "If Khatami really means to apologize and repent, he should do it openly and frankly." Khamenei’s statement was certainly made openly but it was an apology to the people not to the Supreme Leader.

During the past two years, Khatami has been criticized by many politicians and analysts in Iran including key figures in the reform camp, for backing Rouhani in the 2017 Presidential election and many “wrong candidates” in the 2016 parliament and Assembly of Experts elections.

In 2016, Khatami called on the people to vote for the reformists, but the reformists who won the election remained silent for four years and did nothing to further any reforms. Meanwhile, some of the individuals Khatami advocated for the Assembly of Experts election were individuals with murky pasts, such as former Intelligence Minister Dorri Najafabadi who was implicated in the serial murder of intellectuals in Iran when Khatami was President.

In his message he acknowledged that limiting people's choice in the elections has damaged the regime's political capital and reduced grassroot support.

Iran's hardliners have harshly criticized Khatami for releasing the video and although nearly all media outlets took a new year holiday, IRGC-linked news agencies Fars and Tasnim attacked the former president for his statement.

Tasnim quoted hardline political commentator Parviz Amini as saying that "Khatami is part of Iran's problems, not part of any solution." He added that "the country's current difficult situation is partly the outcome of Khatami's advocacy of incompetent individuals in the 2013 presidential and 2016 parliamentary elections." Fars news agency in turn quoted a hardliner lawmaker saying that Khatami is one of those politicians that make life difficult for the people and then shed tears.

Following major nationwide protests in Iran in 2018 and 2019 many political figures and ordinary people accused Khatami and other reformists of compromising with hardliners only to make sure that they are given a marginal role in politics.

City officials in Iran's capital Tehran are planning to put locks on large waste containers in the streets to prevent garbage pickers from accessing waste. END_OF_DOCUMENT_TOKEN_TO_BE_REPLACED

The Biden Administration has confirmed to the US Congress that sanction imposed by its predecessor on Iran have drastically reduced Iran's trade with the world. END_OF_DOCUMENT_TOKEN_TO_BE_REPLACED

The UK government said on Sept 20 that Britain would "not rest" until all its dual nationals being held in Iran were returned home. END_OF_DOCUMENT_TOKEN_TO_BE_REPLACED