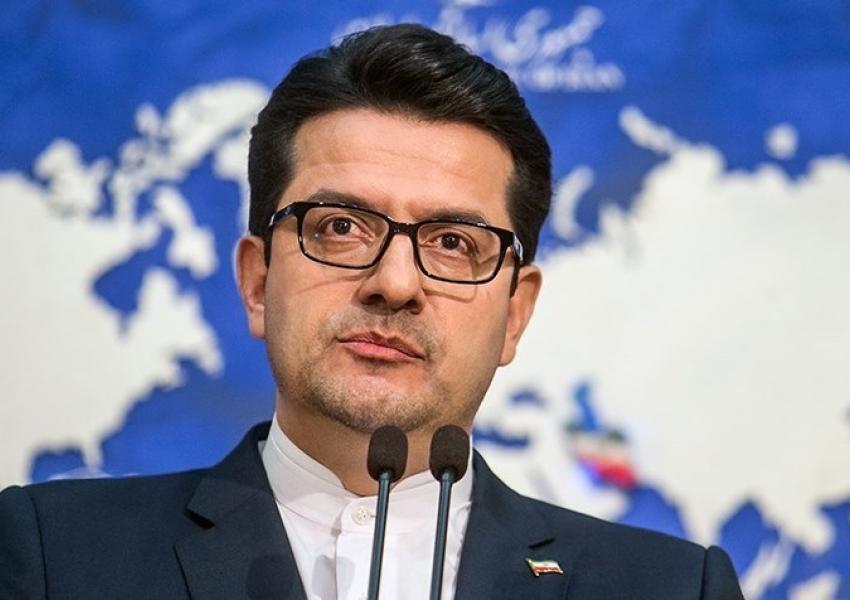 The spokesman for the foreign ministry of the Islamic Republic of Iran, Abbas Mousavi, confirmed “new developments” in the relations between the Islamic Republic and the United Arab Emirates, but said he is unaware of the release of Iran’s $700 million frozen funds by the UAE.

“I cannot confirm this number. I have no information on the subject, but I can confirm new developments between Iran and the UAE.”

Yesterday, Akbar Torki, an Iranian MP announced the release of Iran’s $700 million frozen funds by UAE and the improvement of relations between the two countries.

Mousavi also mentioned that Iran has delivered a report to the United Nations and its security council regarding the attack on the Iranian oil tanker in the Red Sea. He once again stated that the attack was “government-sponsored” and added: “We will punish the culprits.”

Regarding taking the fourth step in scaling down compliance with the nuclear deal known as the Joint Comprehensive Plan of Action (JCPOA) in November, Mousavi said: “We hope that it does not come to that and Europeans comply with their commitments.”

“We hope to see a step taken by other parties of the JCPOA in the last days; otherwise Iran will take the fourth step with strength,” Mousavi added.

Previously, it was reported that the European Union has sent a message to the Islamic Republic warning that if Tehran commits to further stepping away from the JCPOA, the union will have no choice but to leave the JCPOA in November.

Mousavi also mentioned the plans suggested by France and Japan and said they led to nothing since France needed to get permission from the US and nothing new has been done regarding Japan’s plan.

He also talked about the Islamic Republic’s efforts to free Iranians arrested in other countries in connection to evading sanctions: “We have provided lists of their names for exchange. They must be released.”

The spokesperson for the ministry of foreign affairs also criticized those within the regime who oppose Iran joining the FATF and passing the anti-money laundering and anti-sponsorship of terrorism bills and said: “Those are out of ignorance.”

Mousavi refused to answer any questions about the arrest of Rouhollah Zam in Baghdad by the Islamic Republic security forces and said he will offer more information as details are revealed.

City officials in Iran's capital Tehran are planning to put locks on large waste containers in the streets to prevent garbage pickers from accessing waste. END_OF_DOCUMENT_TOKEN_TO_BE_REPLACED

The Biden Administration has confirmed to the US Congress that sanction imposed by its predecessor on Iran have drastically reduced Iran's trade with the world. END_OF_DOCUMENT_TOKEN_TO_BE_REPLACED

The UK government said on Sept 20 that Britain would "not rest" until all its dual nationals being held in Iran were returned home. END_OF_DOCUMENT_TOKEN_TO_BE_REPLACED