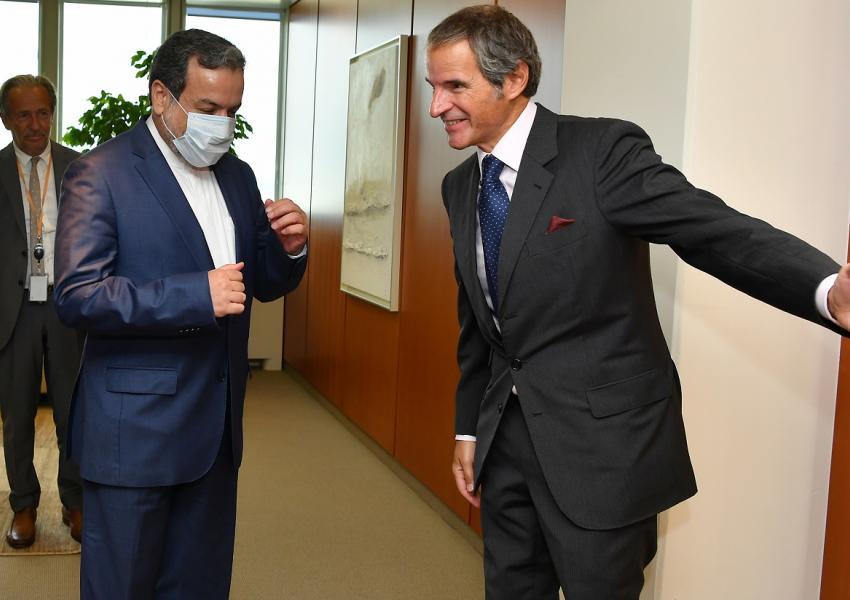 As the head of the UN nuclear watchdog arrives in Tehran to dissuade the Islamic Republic from restricting nuclear inspectors, a spokesperson for the Foreign Ministry of the Islamic Republic said Rafael Grossi’s visit is unrelated to Iran’s decision, and the suspension of the additional protocol will move forward.

Abbas Araghchi said on a state-TV show that the implementation of the additional protocol will suspend on February 23, “but we will not exit the nuclear deal and the moment our demands under the nuclear deal are mt we will return to the deal.”

“Saying the inspectors will have to leave Iran is not the right interpretation. Their inspection will be restricted around 20 to 30 percent in accordance with the bill passed by the parliament,” Araghchi claimed.

He claimed that the goal of Grossi’s visit is to “establish a new order in the relationship between Iran and the IAEA.”

However, before his visit, Grossi told the media that he is going to Tehran to meet with Iranian senior officials in order to find a way for the agency to continue its truth-finding mission in Iran.

The U.N. nuclear watchdog found uranium particles at two Iranian sites it inspected after months of stonewalling, diplomats say, and it is preparing to rebuke Tehran for failing to explain, possibly complicating U.S. efforts to revive nuclear diplomacy.

Araghchi went on to say that President Joe Biden’s team is motivated to return to the nuclear deal, also known as the Joint Comprehensive Plan of Action (JCPOA), adding that the “JCPOA is an achievement of the Democrats, and it’s natural for them to be interested in returning to the deal.

“Joe Biden’s tram campaign on returning to international agreements including the JCPOA, and they won the election, but I think after they got to the White House, they realized that it’s not going to be as easy as they thought,” he added.

The Foreign Ministry Spokesman said “the JCPOA has serious opposition in US Congress, within the US and the region,” and there are talks within the Biden team to whether use the leverage that Trump created on Iran or not.

City officials in Iran's capital Tehran are planning to put locks on large waste containers in the streets to prevent garbage pickers from accessing waste. END_OF_DOCUMENT_TOKEN_TO_BE_REPLACED

The Biden Administration has confirmed to the US Congress that sanction imposed by its predecessor on Iran have drastically reduced Iran's trade with the world. END_OF_DOCUMENT_TOKEN_TO_BE_REPLACED

The UK government said on Sept 20 that Britain would "not rest" until all its dual nationals being held in Iran were returned home. END_OF_DOCUMENT_TOKEN_TO_BE_REPLACED